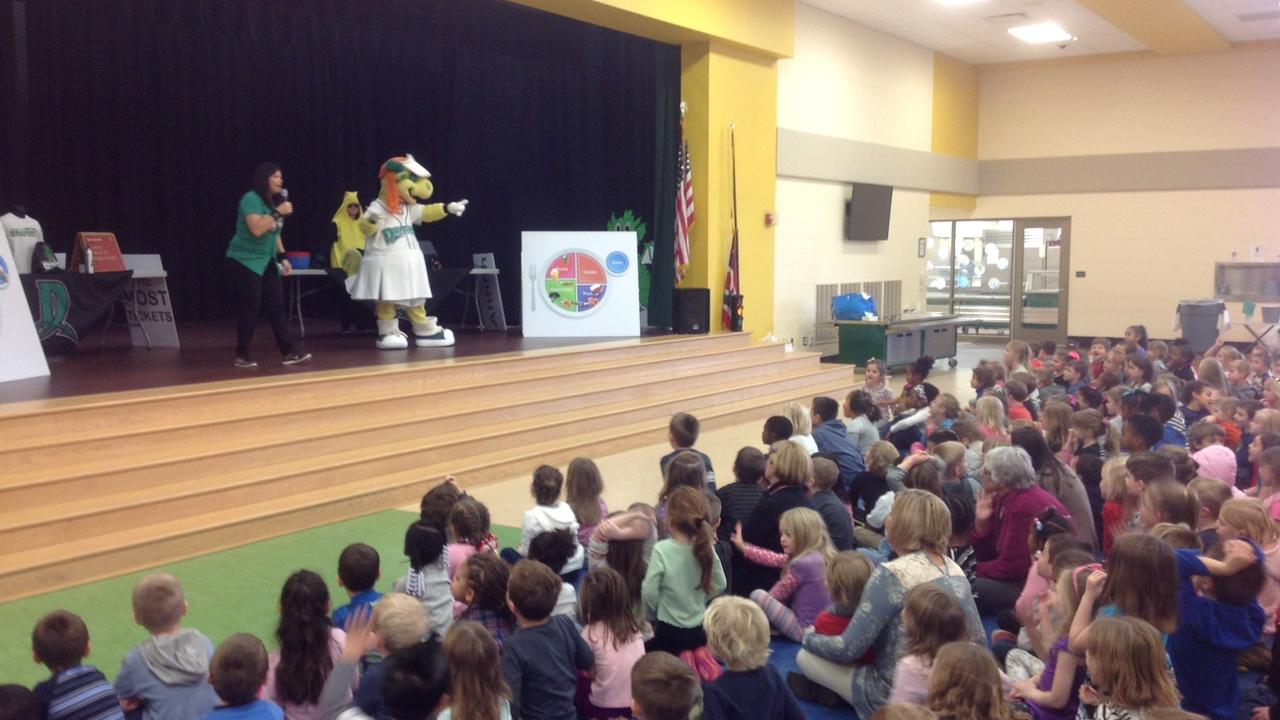 Dayton, Ohio-Opening night for the 2020 baseball season at Day Air Ballpark is nine weeks away, but Dayton Dragons mascots Heater and Gem along with the Dragons Green Team are already bringing the excitement of baseball season to local elementary schools. For the eighth straight year, the Dragons entertainment team is performing assemblies at Miami Valley elementary schools. The program continues into April.

Each 30-minute interactive, fun, high-energy performance includes a visit by Heater or Gem and members of the Green Team, the Dragons signature group that facilitates skits, contests, and sing-a-longs during Dragons games at Day Air Ballpark. Each assembly in 2020 focuses on “Healthy Habits,” making smart food choices and being physically active. The performances, typically held in the school gymnasium, include some of the same entertainment skits seen at the ballpark, plus some new material designed specifically for the schools.

All Dragons assemblies are performed free of charge for schools that sign up. Participating elementary schools on board so far stretch from Springboro to Sidney.

The assemblies provide an introduction to the Dayton Dragons School Program, an incentive-based school fundraiser that provides prizes to students and allows the schools to keep a portion of ticket sales to Dragons games.

The Dragons are providing prizes as part of the program including team merchandise, an invitation to a Donatos Pizza Party with Dragons players, a Dragons Frisch’s Kids Club membership, and the grand prize, a Google Chromebook.

For information on Dragons season tickets, group outings, and luxury suites, go to daytondragons.com or call (937) 228-2287.