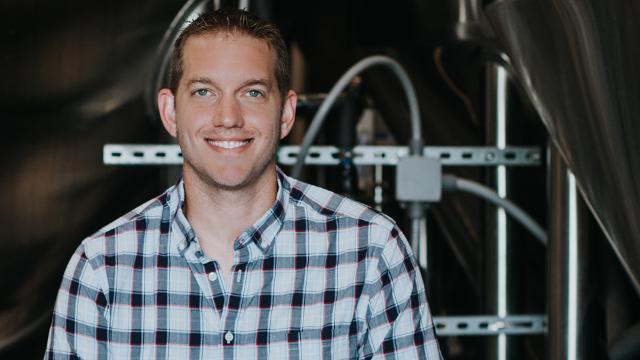 RICHMOND, Va. – Former MLB pitcher and co-founder of Center of the Universe Brewing Chris Ray has been named the recipient of the 2020 Paul Keyes RBI Award, the Richmond Flying Squirrels announced on Thursday.

Ray will be presented with the award during the Flying Squirrels’ annual Hot Stove Banquet on Wed., Jan. 22 at the Siegel Center. Tickets, tables and sponsorship packages for the annual Charity Hot Stove Banquet are available now here.

“I am honored to be this year’s recipient of the Paul Keyes RBI Award and to be part of such an amazing group of previous winners that can only aspire to be good representations of who Paul Keyes was and what he stood for,” Ray said.

After playing collegiately at the College of William & Mary, Ray was selected in the third round of the 2003 MLB Draft by the Baltimore Orioles. He went on to play six seasons in the majors with the Orioles, Texas Rangers, San Francisco Giants and Seattle Mariners. Ray was part of the Giants’ World Series title run in 2010.

“Chris Ray is a success story all throughout his life, at William & Mary, as a professional baseball player, as a business owner and now in the Richmond region while he raises his family and is involved actively in many things,” Flying Squirrels VP & COO Todd “Parney” Parnell said. “Chris is the total package and a perfect choice for this year’s Paul Keyes Richmond Baseball Impact Award.”

Ray also co-founded Hops for Heroes, a nationwide craft brewery effort that raises money for Soldiers’ Angels through the production and sale of Homefront IPA.

The Flying Squirrels’ annual Hot Stove Banquet will be held on Wed., Jan. 22 at the Siegel Center. The event includes special guest Brian Jordan, a former two-sport star for the Richmond Spiders prior to his career in the National Football League and Major League Baseball. Tickets, tables and sponsorship packages are available now at SquirrelsBaseball.com.