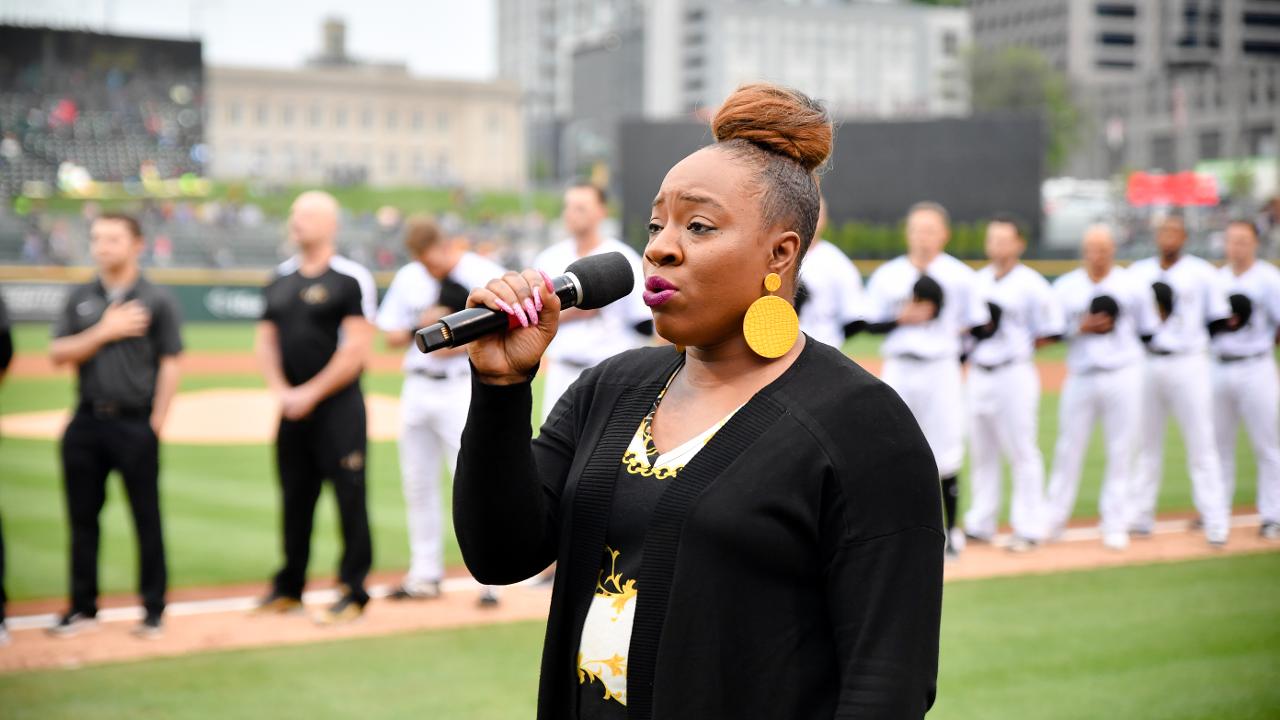 (UPTOWN CHARLOTTE, NC) — The Charlotte Knights and Queen City Q — the team’s Official BBQ — are once again teaming up to host the club’s annual National Anthem auditions on Tuesday, February 18. For the seventh consecutive season, the auditions will take place from 5:00 p.m. to 7:00 p.m. at Queen City Q in Uptown Charlotte. The auditions are free of charge and are open to the public. Performers under the age of 18 must be accompanied by an adult.

Contestants will be required to pre-register before February 18 and will be given a specific time to perform that evening.

Anyone interested in auditioning at Queen City Q on February 18 should fill out an online registration form: http://bit.ly/KnightsNationalAnthemAuditions_2020.

Each individual will be given a maximum of two minutes to perform his or her best rendition of “The Star Spangled Banner” on stage at Queen City Q. All in-person auditions will be given priority when selecting National Anthem performers for the upcoming 2020 season. Individuals with instruments are more than welcome to audition, but will need to bring their own equipment. Queen City Q is located at 225 E. 6th Street, Charlotte, NC 28101.

“We have enjoyed a tremendous relationship with the Knights over the past six seasons and look forward to the next three seasons,” said Bryan Meredith, Managing Partner of Queen City Q.

Season memberships, as well as the Triple Play Plan, are available now by phone at 704-274-8282, online at CharlotteKnights.com, or in person at the BB&T Ballpark Ticket Office. Single-game tickets for all home games this season will go on sale to the general public in person at BB&T Ballpark beginning at 10:00 a.m. on Saturday, February 8 (online and by phone at 12 p.m. noon on February 8).