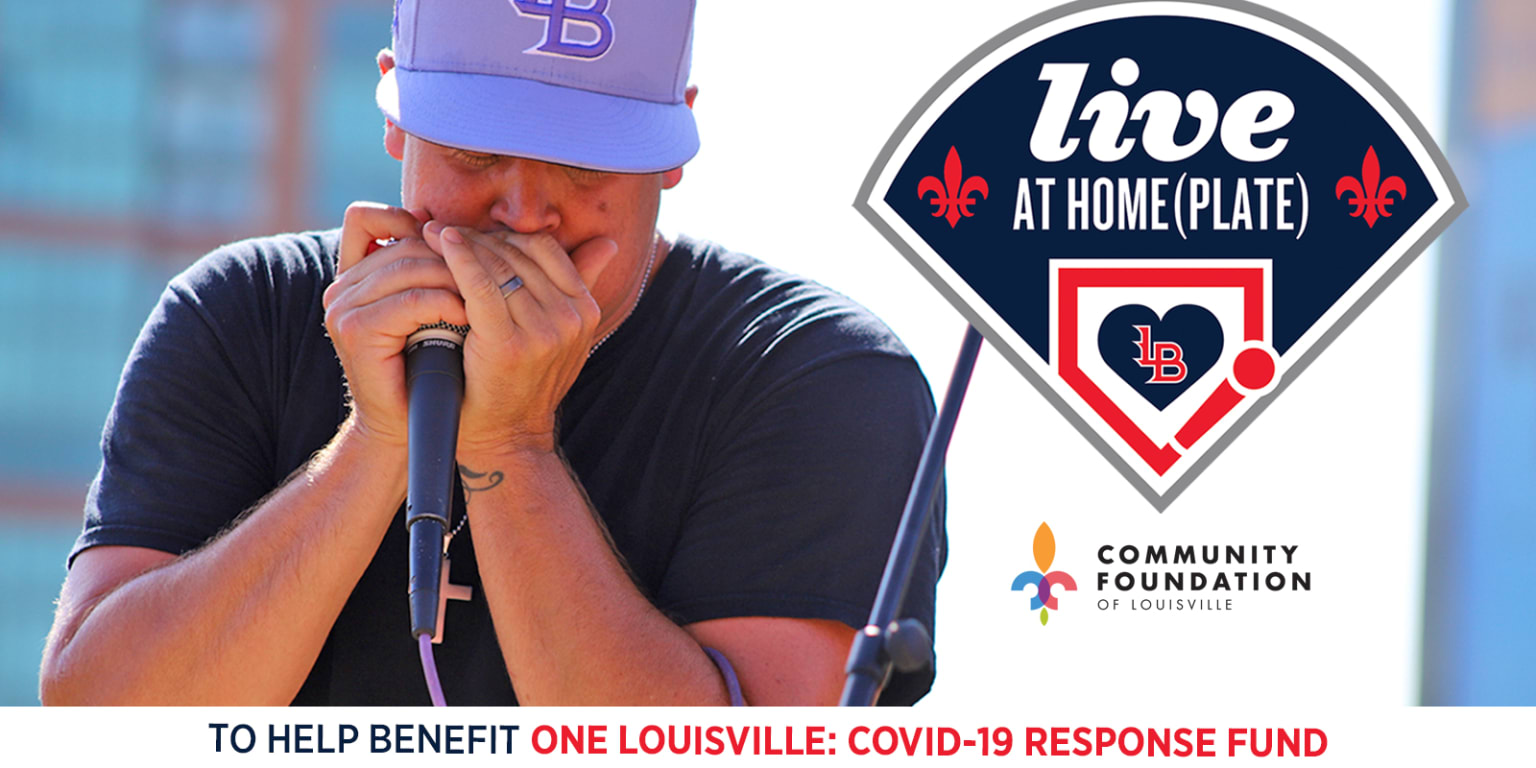 LOUISVILLE, Ky. – The Louisville Bats today announced an effort to raise funds for those affected by COVID-19 by hosting a live stream of a live musical performance from home plate at their ballpark, Louisville Slugger Field.

The initiative, “Live At Home(Plate)” will treat fans to “live” music from a member of their promotional staff, Jeremy Sharfe. Sharfe, along with working on the Bats’ staff for the last 18 seasons, is also a singer-songwriter from Louisville who has been performing around the region since 1999. He has opened for bands such as Trick Pony, Tracy Lawrence, The Kentucky Headhunters and Joan Jett, and has contributed on studio recordings for tracks with country star, Billy Ray Cyrus.

Sharfe will perform live at home plate at Louisville Slugger Field from 7 – 8:15 p.m. on Friday, April 24. Fans will not be permitted to attend the performance in-person, but instead are encouraged to tune in to the live performance on a live stream from the Bats’ Facebook page. Throughout the performance, fans will have the option to donate directly from their Facebook accounts to benefit One Louisville: COVID-19 Response Fund.

The fundraising initiative seeks to provide an entertainment outlet for fans at home during these difficult times, while also creating the opportunity to chip in for a charitable effort to benefit those in need in the Louisville area. Fans will be treated to a mix of covers of all-time classics and several original songs from Sharfe during the performance.

Live At Home(Plate) marks just the most recent effort by the Bats to help raise funds for those affected by COVID-19. The Bats have also participated in Buddy’s Curbside Pick-Up to benefit local restaurant partners and the “Team Kentucky” campaign with fellow Kentucky-based Minor League teams from Bowling Green and Lexington to benefit respective local charities.

About One Louisville: COVID-19 Response Fund:
One Louisville: COVID-19 Response Fund is an assistance program designed to attract and provide financial assistance to help those who are disproportionately impacted by the virus and its economic consequences. Grants from the program are directed weekly by the One Louisville Fund Committee, whose membership includes representatives of the philanthropic, nonprofit, corporate, and government sectors. Financial support is deployed to households, businesses and nonprofit organizations working at the frontlines of the Louisville-area Coronavirus outbreak.