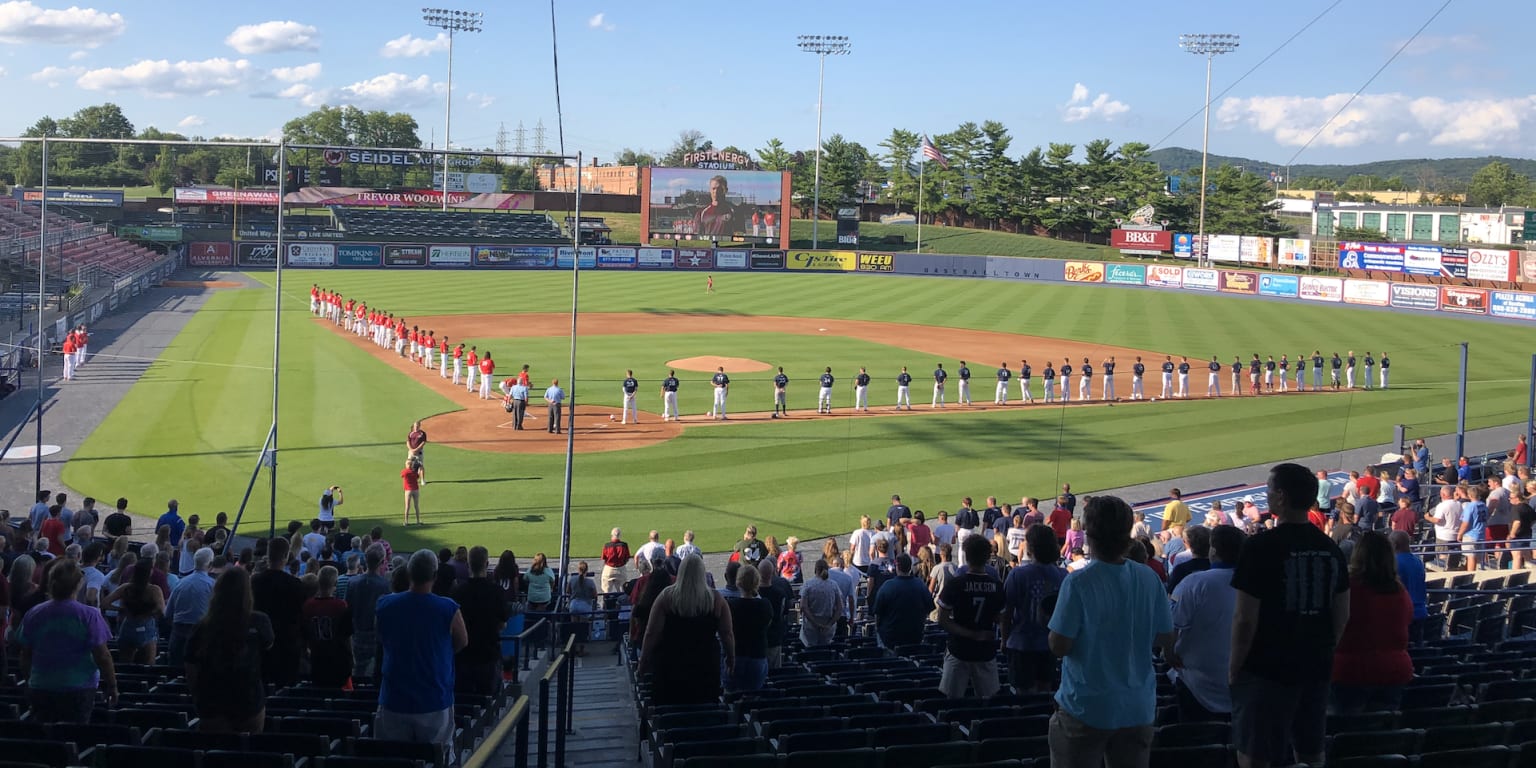 On Monday, July 13 the Berks County baseball seniors participated in the Rip It Baseballtown Charities All-Star Senior Classic. Players were honored before the game and competed in front of several hundred fans at FirstEnergy Stadium. A big thanks to EG Smith, Abilities in Motion, and Deer Country Farm & Lawn for sponsoring the nights action.

Twin Valley’s Trevor Laraia and Ryan Davis were excited for the opportunity. Davis noted the perfect field and evening for baseball. Laraia could not wait to get out and play as well. He explained, “I’ve been playing and competing against these kids for a while now so it’s nice to get to do it one last time.”

In the top of the fourth inning Reading’s Angel Velez starting off the scoring for the Red Team. He tripled to right field scoring Laraia and Governor Mifflin’s Danny Roesch. Laraia singled, while Roesch reached on a walk.

The Blue Team tied things up in the bottom half of the fourth inning. Fleetwood’s Zachary Sell tripled to score Muhlenberg’s K.J. Blanding. Jeb Kurtz from Daniel Boone then plated Sell on a sacrifice fly.

Things were quiet until the top of the ninth when the Red Team stirred some action. Reading’s Kristian Tirado walked and moved to second on a bunt from Hamburg’s Sean Evangelista. Gaige Brown (Muhlenberg) reached on an error and slid in to second due to defensive indifference. Tanner Vanderslice from Daniel Boone walked to load the bases. The MVP of the night belonged to Reading’s Nomar Torres when he shot a hard liner up the middle to score Tirado and Brown. With Davis at the plate, an error from the catcher allowed Vanderslice to score the third run of the inning, making it 5-2 in favor of the Red Team.

Both teams rotated players in and out so every senior had an opportunity to showcase their skills on the professional ball field.

The game was an important moment for some competitors who may have played their final game of baseball. Others will pursue the sport at a higher level, playing in different divisions of college ball. A few seniors will get the opportunity to play again in the Rip It Baseballtown Charities Showcase happening throughout July, starting tomorrow, Tuesday, July 14, with a double header. Check out milb.com/reading/events/showcase for more information.