In celebration of Black History Month, throughout February, teams across Minor League Baseball are taking a look back at five of the best Black players to suit up for their club.

Minor League Baseball announced the launch of “The Nine”, a new, Black-community-focused outreach platform specifically designed to honor and celebrate the historic impact numerous Black baseball pioneers made on the sport. The initiative aims to provide new opportunities for youth baseball and softball participation, while further diversifying the business of baseball that embraces millions of passionate fans.

While some of these standout performers went on to long and illustrious Major League careers, others simply had great Minor League careers or, in some cases, just one incredible season that went down as “a year for the ages.”

Here is a look at five of the best Black baseball players ever to suit up for the Jupiter Hammerheads.

Dontrelle Willis—known for his iconic leg kick and commonly known as “D-Train”—continues to be one of the best-known players to ever sport the Marlins teal. One of his first stops along the way to World Series glory in South Florida was at Roger Dean Chevrolet Stadium.

Picked up by the Chicago Cubs in the 8th round of the 2000 draft, the Alameda, Cal. native would be traded to the Marlins ahead of the 2002 season. The lefty’s first Marlins affiliate was Jupiter, where he started five games and compiled a 1.80 ERA. During his stint with the Hammerheads, Willis was lethal to opposing batters, striking out 27 and walking just three while allowing a WHIP of 0.90. After impressing in Jupiter, he would be in the big leagues just one year later. In 2003, D-Train was named National League Rookie of the Year and an All-Star while guiding the Marlins to a World Series title over the heavily favored New York Yankees.

Willis was selected to the All-Star Game once again in 2005 while leading the NL in wins that year. The southpaw’s MLB career lasted through 2011, with time spent on the Detroit Tigers, Arizona Diamondbacks, and Cincinnati Reds.

Dontrelle Willis, and that iconic high leg-kick, donned a Hammerheads uniform in 2002 before leading the Marlins to a World Series the following season.

Before Brandon Phillips was a mainstay for the Cincinnati Reds, he stood out for the Jupiter Hammerheads in 2001. Phillips was taken in the 2nd round of the 1999 Major League Baseball Draft by the Montreal Expos out of Redan High School in Stone Mountain, Ga. In his lone season with the Hammerheads, who were affiliated with the Expos at the time, the righty slashed .284/.414/.428.

In 239 plate appearances across 55 games, Phillips also complied 23 RBIs and 17 stolen bases before being promoted to the then Double-A affiliate Harrisburg Senators.

In 2002, the middle infielder was traded to the Cleveland Indians alongside Grady Sizemore and Cliff Lee, which also sent Bartolo Colon to the Expos. The then 25-year-old was traded again in 2006, this time to the Cincinnati Reds, where he’d spend the majority of his big league career. Phillips went on to become a three-time MLB All-Star, a four-time Gold Glove award winner, and a Silver Slugger recipient.

After his time in the majors, Phillips underwent stints in Independent and Mexican League baseball before becoming a joint player-owner of the Atlantic League’s Lexington Legends.

Alejandro De Aza may have made an impact at Roger Dean Chevrolet Stadium but will be remembered for his impact on baseball’s most global stage.

Like Mota, De Aza hails from the Dominican Republic. The two also share the distinction of being selected in the Rule 5 Draft, with De Aza joining the Marlins organization in 2004 after spending three years with the Los Angeles Dodgers.

The outfielder’s first stop in the Marlins’ farm system was with Jupiter, where he spent the entirety of 2005. The then Class-A Advanced club enjoyed all 123 of De Aza’s appearances, with the future big leaguer slashing a robust .286/.370./.394. De Aza was called up to majors in 2007 and would go bat .260 with 51 home runs across his 10-year career.

In addition to his lengthy MLB tenure, De Aza notably helped lead the Dominican Republic to international glory as World Baseball Classic Champions in 2013, with the lefty going 1-3 in the championship game against Puerto Rico.

Arquimedes Caminero pitched in 21 games for the Jupiter Hammerheads.

At the tender age of 17, Guillermo Mota was signed by the New York Mets out of high school in 1990. The San Pedro de Macoris, Dominican Republic native would then be picked up by the Montreal Expos in the 1997 Rule 5 Draft. The Expos gave the young prospect a new career beginning and a new position, being converted from an infielder to a pitcher.

Thankfully for Mota, a dominant stint with the Hammerheads was right around the corner. Starting the 1998 campaign at Roger Dean Chevrolet Stadium as a reliever, he posted a 0.66 ERA and an eye-popping 0.585 WHIP over 20 games.

Unsurprisingly, Mota was swiftly promoted in-season to the former Double-A affiliates Harrisburg Senators. By 1999, he was in the majors, having hit a home run in his first at-bat with the Expos. The righty went on to enjoy a lengthy career and earned a World Series ring after pitching a scoreless frame in Game 2 of the 2010 World Series for the San Francisco Giants, who beat the Texas Rangers in five games.

Mota’s career came full circle after the 2013-14 Caribbean Series after representing the Dominican Republic as a member of the national team. 23 years after signing his initial contract, he hung up the cleats for good.

Very few numbers could stand out more than a 0.44 ERA, but that is what right-handed reliever Arquimedes Caminero posted for the Hammerheads in 2012.

The Santo Domingo, Dominican Republic native struck out 27 and walked just nine in his 19 relief outings that season. With a 1.016 WHIP, it came as no surprise that Caminero was promoted to Double-A Jacksonville that season and earned a big-league call-up to the Marlins one year later.

From 2013-16, Caminero accumulated a 3.83 ERA for the Marlins and Pittsburgh Pirates before stints in Japan and Mexico.

Alejandro De Aza tracks down a fly ball for the Marlins during Spring Training. De Aza played over 125 games with the Hammerheads.

The Jupiter Hammerheads have had many other influential Black players since their inaugural 1998 season, and are excited for the many more to come. 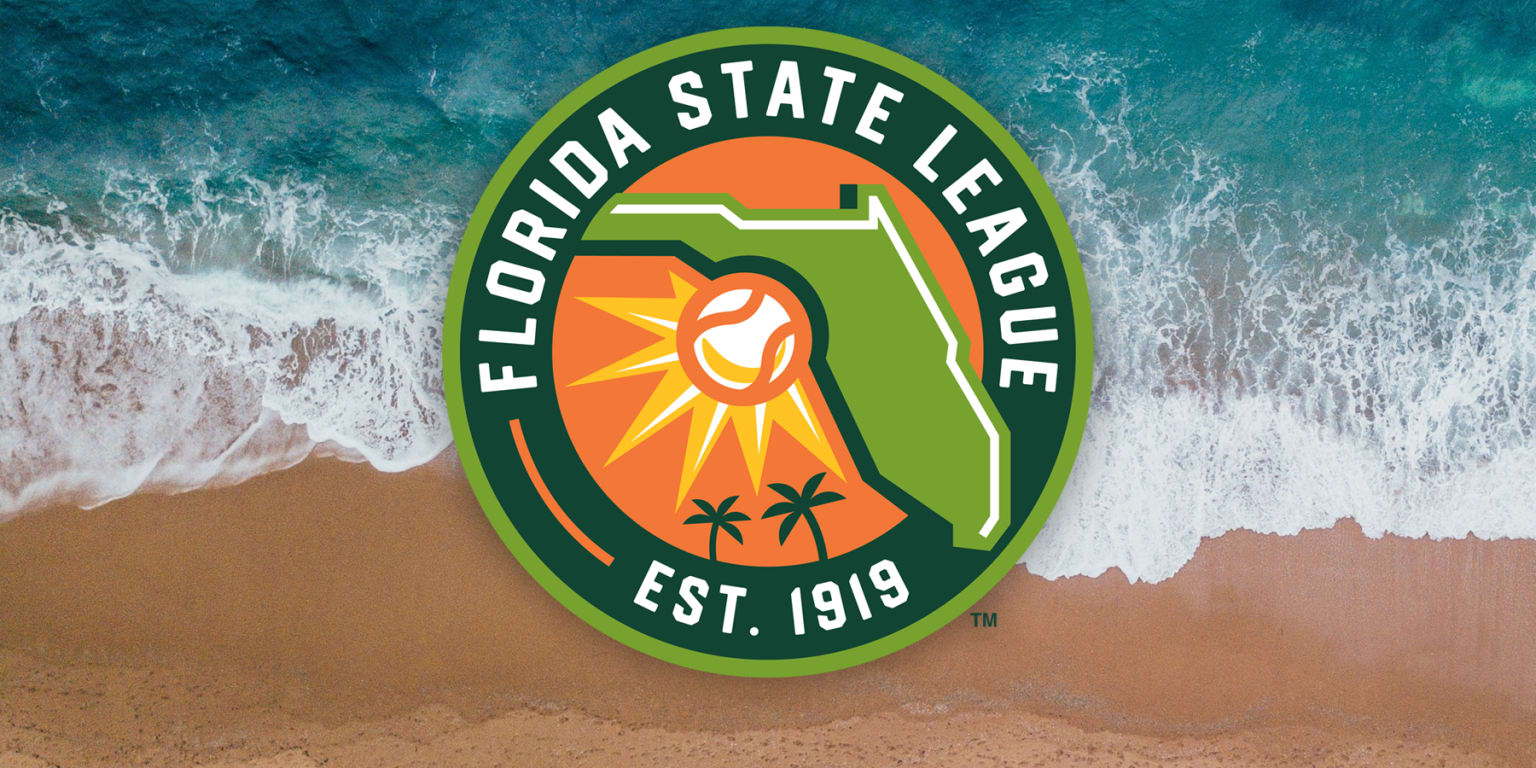 Today the Florida State League announced that all its member teams will be participating in a League wide effort to support Covid-19 relief. The 12 teams have partnered with LiveSource to set up an auction site that will make bidding for auction items a simple and efficient process. The collectible memorabilia and unique FSL experiences will be offered through this online auction beginning today- Tuesday, June 9th and concluding on Tuesday, June 30th at 11:59 pm ET.

Florida State League President Terry Reynolds said “ I could not be prouder of all our FSL teams for coming together in this very worthwhile effort. The dollars earned from each team’s sold auction items will stay and be used for the Covid-19 relief efforts in that team’s area”.

The auction will offer many fun and unique items some of which are listed below:

The Florida State League is made up of the following teams.

For further details on this most worthwhile charitable event go to www.desktop.livesourceapp.com or you can view all the items and place a bid by downloading the LiveSource App on your Apple or Android device.