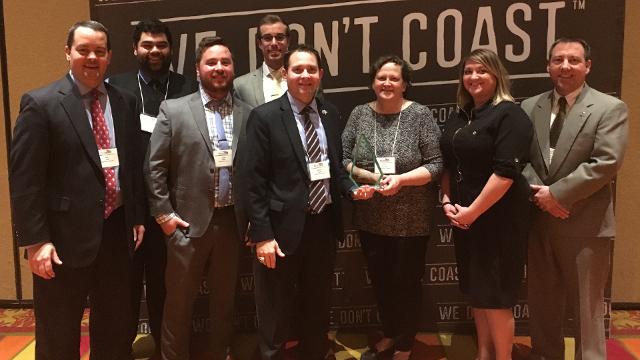 The Omaha Storm Chasers are the recipient of the Sarpy County Economic Development Corporation’s (SCEDC) 2018 Business Progress Award. The organization accepted the award at the corporation’s annual meeting at the Embassy Suites La Vista on Thursday evening.

The Storm Chasers organization has played home games at Werner Park in Sarpy County since April 2011. In that time span over three million fans have enjoyed Storm Chasers games and special events at Werner Park. The franchise has also had an economic impact of more than $17 million annually.