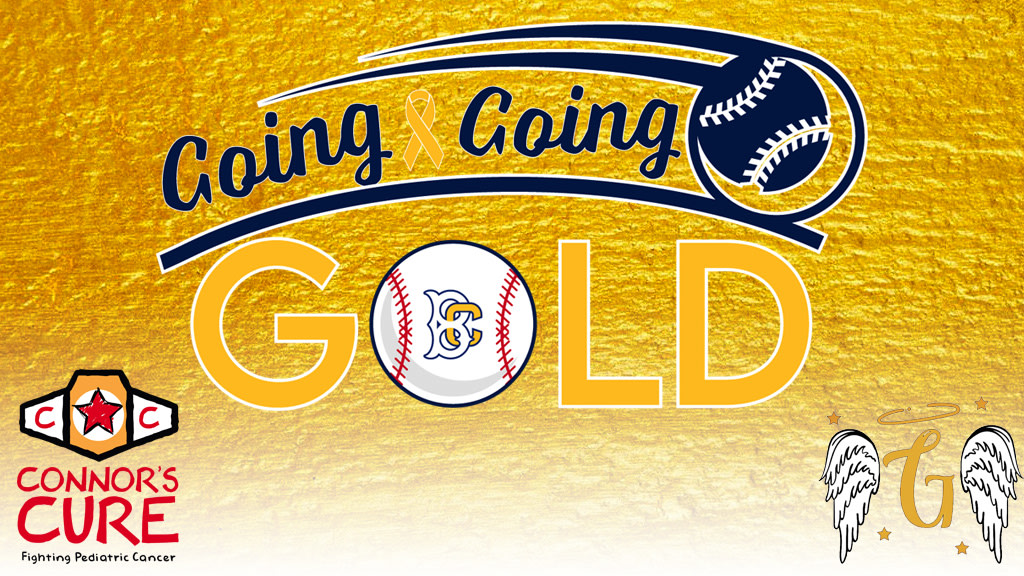 The Cyclones are Going, Going, Gold for Pediatric Cancer

BROOKLYN, NY – September 9, 2021 — The Brooklyn Cyclones are going gold for pediatric cancer this September and joining forces with Connor’s Cure to join in the fight against Pediatric Cancer. For all remaining September home games – starting Tuesday, September 14th and running through Sunday, September 19th – the Cyclones will be raising funds for this very worthy cause.

Connor’s Cure, which was originally established at the Children’s Hospital of Pittsburgh Foundation in memory of Connor Michalek – an 8-year-old who battled medulloblastoma, a rare tumor that affects the brain and spinal cord – and has since partnered with WWE ® and The V Foundation for Cancer Research to raise millions of dollars in the fight against cancer.

“We are thrilled to be partnering with Connor’s Cure to raise funds for such a worthy cause,” said Cyclones Assistant General Manager, Gary Perone. “We pride ourselves as an organization on being active members of our community and there are few causes that mean more to us than the fight against Pediatric Cancer and what Connor’s Cure stands for.”

As part of the Cyclones efforts, fans can purchase special ticket packages which will include the opportunity to take a photo with the Brooklyn Cyclones WWE Championship Title – which is awarded to the game MVP after each Cyclones victory. Proceeds from this ticket package will benefit Connor’s Cure. Those who already have tickets will also be able to pose with the championship belt for a donation the night of the game as well.

In addition, the team will be auctioning off a one-of-a-kind Connor’s Cure WWE Championship Title signed by Cyclones players to raise additional funds.

On Thursday, September 16th the fundraising will become even more personal for the organization as we honor one of the members of our kid’s dance team Pee Wee’s Dance Crew who was diagnosed with osteosarcoma and battled bravely for years before passing away earlier this year. We will be honoring the life of our beloved Gianna throughout the game, including special dance performances from her friends and teammates, as well as a special ceremony with her family prior to the start of that night’s 7:00 PM game. Proceeds from tickets purchased for this game, through THIS LINK will benefit the Gianna Effect Foundation.

Gianna was a WWE fan herself, and even had the chance to meet WWE Superstars while undergoing treatment.

“Gianna was a beautiful light in this world that shined both on and off the field,” said Cyclones Director of Community Relations Christina Moore. “She was loved by all of her teammates on Pee Wee’s Dance Crew and will be remembered as a performance powerhouse, who packed a punch and brought joy to everyone around her. As an organization, it is a privilege to be able to honor the legacy of such a special young lady.”