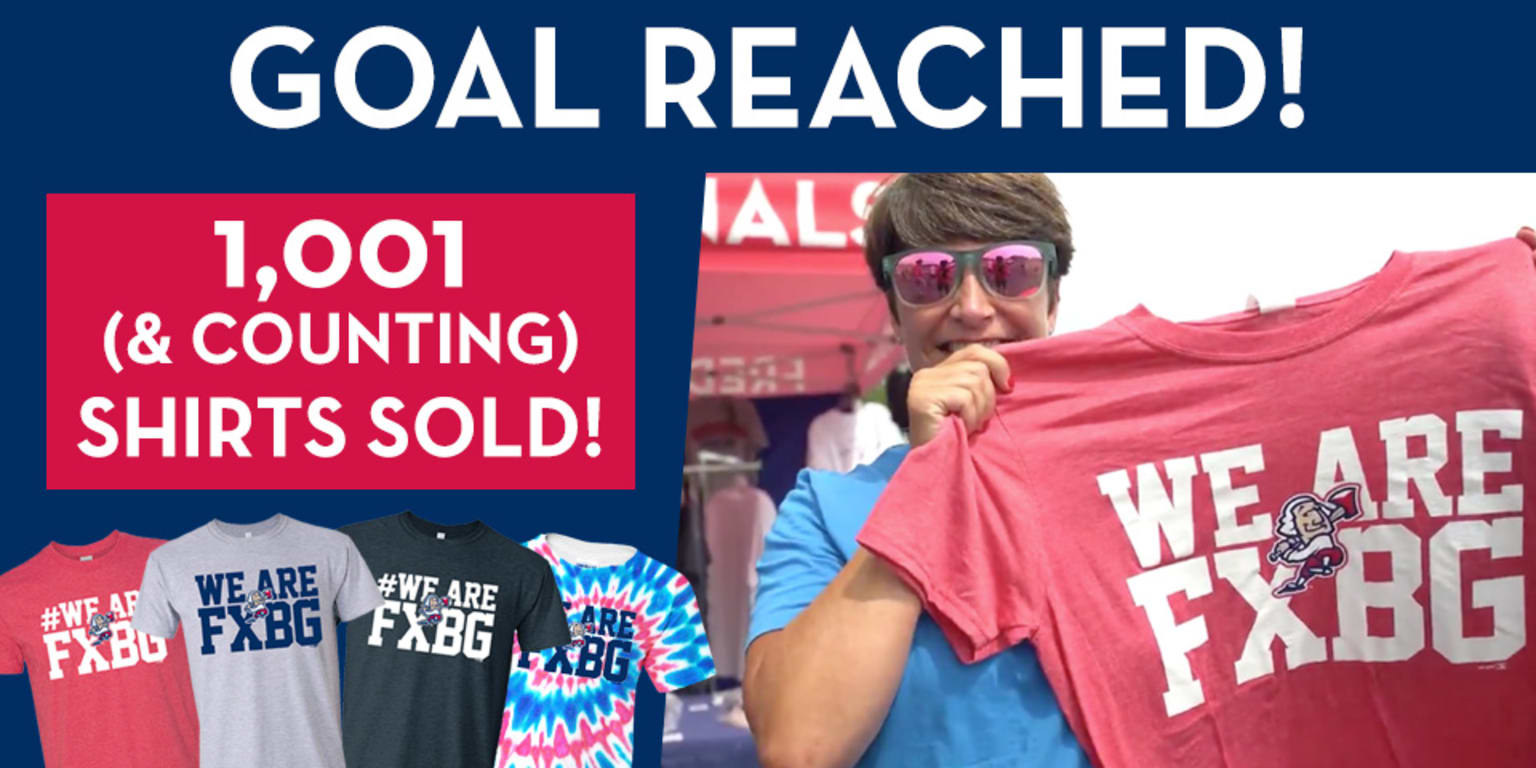 FREDERICKSBURG, VA – The Fredericksburg Nationals are proud to announce that they reached their goal of more than 1,001 We Are FXBG t-shirts sold as of Monday, June 29. The team announced that they would be launching the We Are FXBG t-shirts back in May with the promise to donate two tickets to local frontline healthcare workers with the purchase of each t-shirt.

FredNats General Manager and Executive Vice President Nick Hall added an extra incentive to fans by promising to get a tattoo of the team’s official mascot, Gus, if more than 1,001 We Are FXBG t-shirts were sold.

The 1,001 t-shirt was sold to a fan attending the third day of the Open House at the ballpark in the afternoon of Sunday, June 28.

“We’re really excited to make that tattoo real and have Gus enshrined on my body for life! Now if you’ll excuse me, I have to go apologize to my wife” said Hall, following the purchase of the 1,001 shirt.

We Are FXBG t-shirts are still available for purchase in red, blue, grey, and white on the team’s online store at https://fredericksburgnationals.milbstore.com/products/we-are-fxbg-shirt.