The Michigan Baseball Foundation (MBF) is pleased to announce its 2014 grant class. 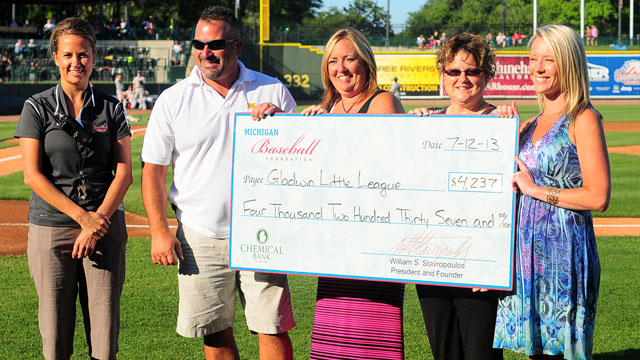 MIDLAND, Mich. – The Michigan Baseball Foundation (MBF) is pleased to announce its 2014 grant class, which includes 25 organizations from six counties in Mid-Michigan. The 2014 class received a total of $98,555, bringing the grant program’s total to $721,014 since its inception seven years ago.

Since 2008, the Michigan Baseball Foundation has awarded 209 grants to deserving non-profit organizations across 14 counties.

The Foundation began its seventh annual grant process in April 2013, and solicited grant applications from non-profit organizations throughout the region. All applicants were required to meet one or more of the following guidelines, which reflected the purposes for which the Michigan Baseball Foundation was organized:

Grant applications for the 2015 grant session are currently available and will be accepted until February 13, 2015. For more information, contact Eric Ramseyer at 989.837.6166, or at eramseyer@loons.com.

This article originally appeared on the official website of the Great Lakes Loons. Click here to view the original story.