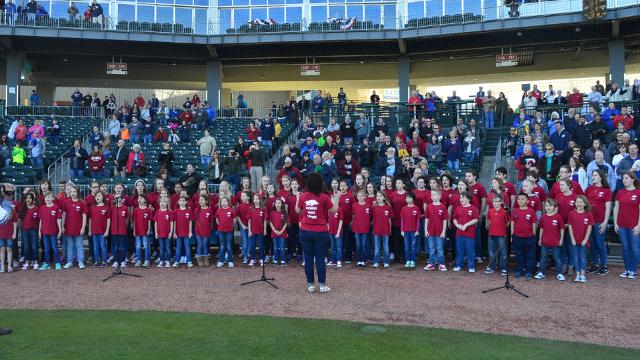 During the 2017 regular season and playoffs, which consisted of 70 home games, the Naturals partnered with 171 groups that included but were not limited to High School Baseball teams, school and musical groups, churches, and non-profits. The new mark of 171 organizations was 46 more than the previous record of 125 groups set during the 2016 season at Arvest Ballpark.

Fundraising dates are currently available for the 2018 season of Naturals baseball. Additional information on the Naturals Ticket Fundraising Program can be found on our website at www.nwanaturals.com under the Groups & Events tab or by emailing us at groups@nwanaturals.com. To check on date availability or if you have any questions about any of the group or fundraising programs offered by the Naturals, please call us at (479) 927-4900 or visit our Administrative Offices located at Arvest Ballpark.

The Naturals Ticket Fundraising Program continues to grow in popularity and will be available to groups on a first-come, first-served basis. The program is designed to offer groups the chance to invite families and supporters of their respective cause to come out to a game, have fun, and keep a large portion of the ticket sales. Depending on the final number of attendees, the participating group will get to keep anywhere from 25%-50% of the organization’s ticket sales. As an incentive and a reward, the Naturals offer prizes to top sellers of groups and they include tours, autographs, game tickets, and First Pitch opportunities.

Non-profit groups seeking more exposure for their organization can inquire about the Community Partner Program that offers free marketing exposure for participating groups to go along with the standard benefits of the ticket fundraising program.

Follow the Northwest Arkansas Naturals on Facebook and Twitter @NWANaturals all throughout the year by using the hashtag #NaturalPastime and #CrowntoCrown for all of our up-to-date information on the upcoming 2018 season of Naturals baseball.

The Northwest Arkansas Naturals are the Double-A Texas League Affiliate of the Kansas City Royals. The Naturals play at state-of-the-art Arvest Ballpark in Springdale, Ark. For more information, including statistics, ticket options, and more, please visit NWANaturals.com, and follow us on Twitter @NWANaturals and Facebook.com/Naturals.