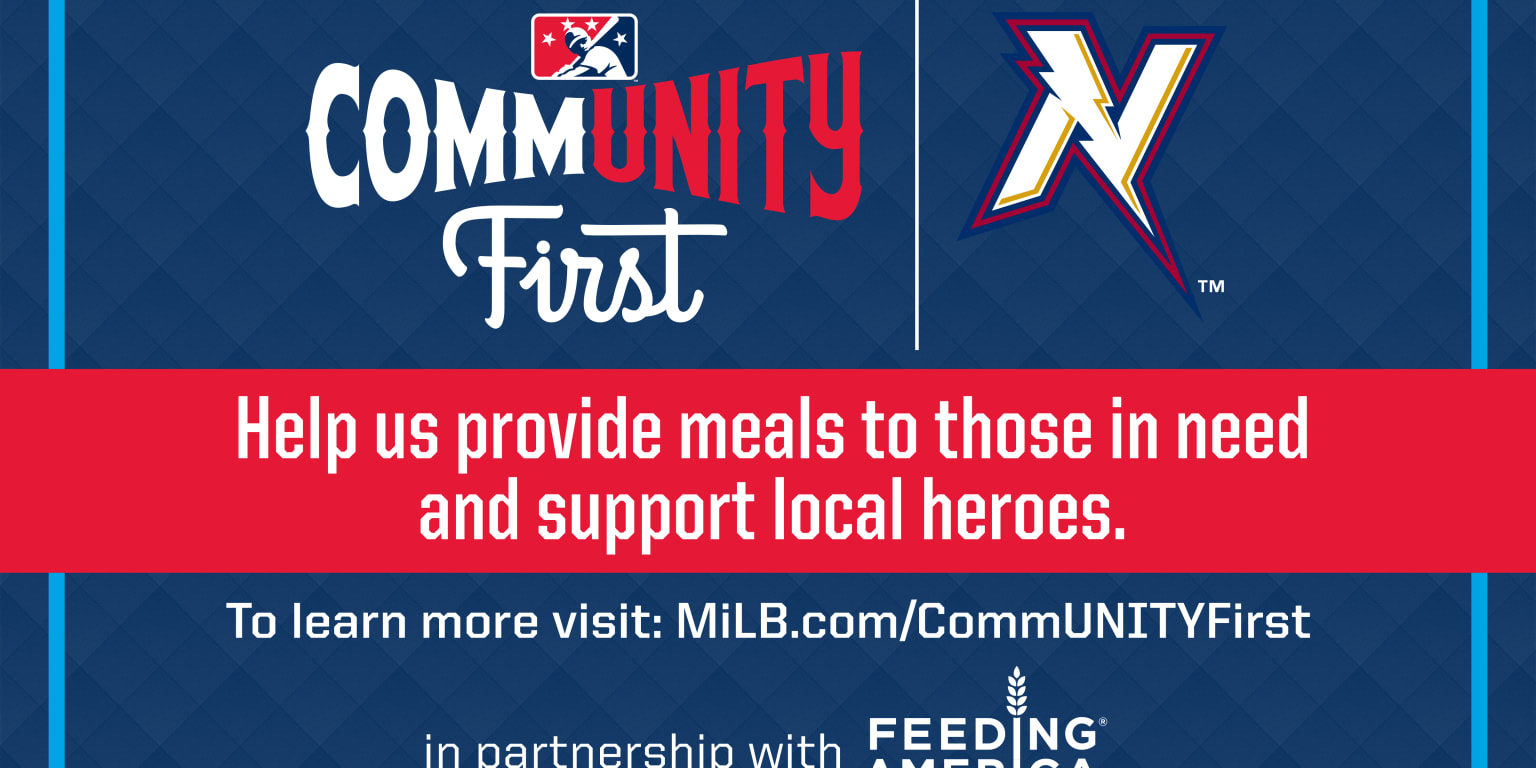 SPRINGDALE, Ark. — The Northwest Arkansas Naturals today announced they are joining MiLB CommUNITY First, a new national initiative developed by Minor League Baseball™ (MiLB™) in conjunction with Feeding America®, to raise funds for local food banks and to honor individuals risking their lives on the front lines of the COVID-19 pandemic.

Naturals fans are encouraged to visit MiLB.com/CommUNITYFirst through May 31 to donate. Once on the site, fans can choose their donation amount and the Northwest Arkansas Naturals as the recipient of their donation to direct funds to the Northwest Arkansas community. For every $10 donated, the Naturals will donate one ticket to a future home game this season or in 2021 to a local hero of the pandemic.

“The Naturals are proud to participate in Minor League Baseball’s CommUNITY program,” said Justin Cole, Naturals Vice President/General Manager. “This program is a great way to help those in need, and we appreciate the efforts of Minor League Baseball to aid communities across the country during this time.”

In response, contributions from Naturals fans and Minor League Baseball will help ensure families and individuals across the country most impacted by the pandemic are fed and cared for during these uncertain times. Join the national campaign by donating and selecting the Northwest Arkansas Naturals at MiLB.com/CommUNITYFirst and use #MiLBCommUNITYFirst on social media to show your support.

The Northwest Arkansas Naturals are the Double-A Texas League Affiliate of the Kansas City Royals and play at state-of-the-art Arvest Ballpark in Springdale, Ark. For more information, please visit NWANaturals.com, and follow us on Twitter @NWANaturals and Facebook.com/Naturals.