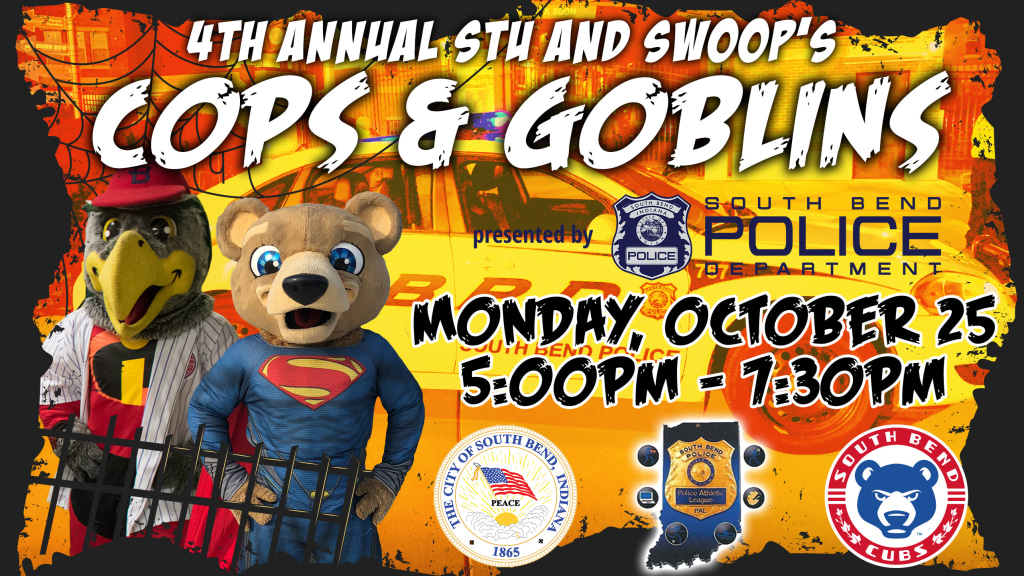 Additional locations to pick up tickets will be announced on the South Bend Police Department’s Facebook page. Tickets will not be made available on the day of the event and only those with a ticket will be allowed to enter. Those interested in attending are encouraged to get their tickets early to guarantee entry.

The trick or treating line will split in two once inside the stadium. Guests will only be allowed through one line. Distribution tables will be placed throughout the stadium and candy will be distributed by vendors and placed in the bags or buckets of the trick or treaters. Guests will exit the stadium through Gates A or B, which are the gates on the home plate side of Four Winds Field. In order to keep the flow of traffic moving in one direction, guests will not be allowed to backtrack through the line.

Any other businesses and organizations who are interested in hosting and sponsoring a table at the event can contact Officer Keenan Lane at 574-235-5941 for more information. This is a rain or shine event.

The South Bend Cubs are the High-A minor league affiliate of the 2016 World Series Champion Chicago Cubs. Over the past 34 years, the team has won four Midwest League titles, most recently in 2019, and has captured eight division titles. In 2019, the South Bend Cubs hosted the final Midwest League All-Star Game. In June 2017, Four Winds Field, home of the South Bend Cubs, was voted Best Class A ballpark in the country by Ballpark Digest. In 2015 the team was named Ballpark Digest’s Team of the Year and received the John H. Johnson President’s Award, the highest award in minor league baseball. The team is owned and operated by Swing-Batter-Swing, LLC whose principal shareholder is Andrew T. Berlin of Chicago, Ill.