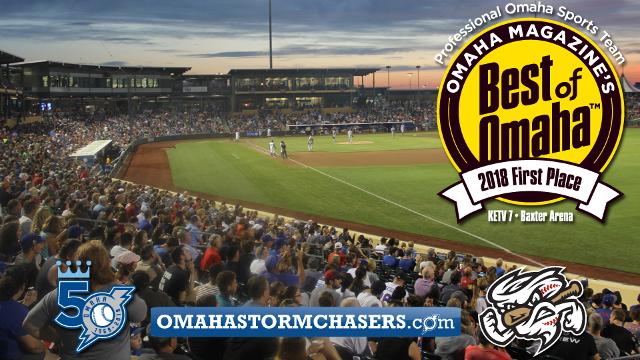 The ten-year stretch in which the Storm Chasers organization has received Omaha’s Best Professional Sports Team honor encompasses all seven seasons the franchise has played at Werner Park, where the squad has won four division titles, as well as three Pacific Coast League Championship and Back-to-Back Triple-A National Championships in 2013-14. The ballpark also hosted the First National Bank Triple-A All-Star Game in 2015.

Since hosting its initial Opening Day on April 16, 2011, a total of over 2.7 million fans have come through the gates of Werner Park. The upcoming 2018 season will mark the 50th Season in franchise history since the organization first began play in 1969 at Rosenblatt Stadium. The Storm Chasers are slated to face off against the Kansas City Royals in an exhibition game presented by SAC Federal Credit Union on Monday, March 26.