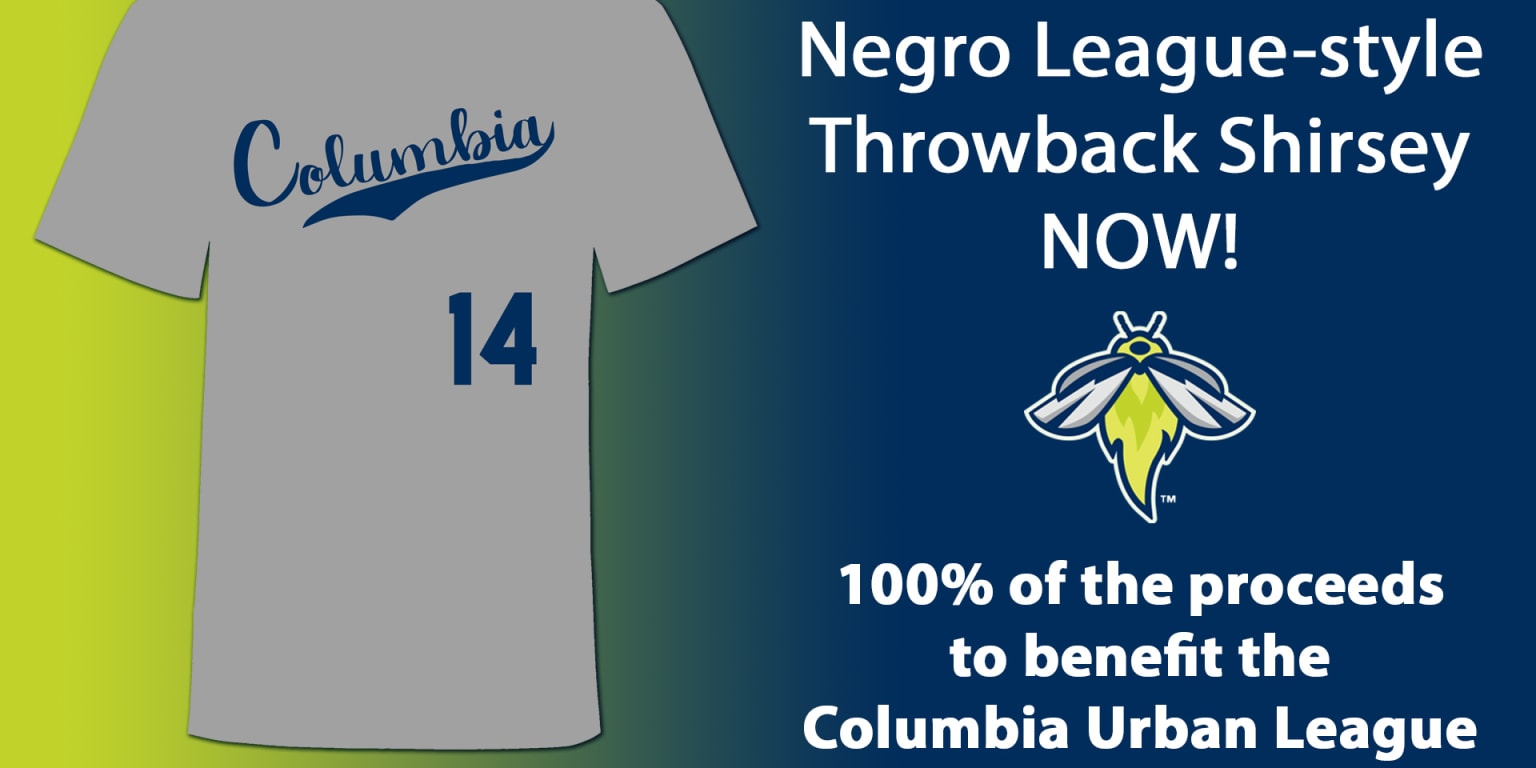 Columbia, S.C. – To commemorate the 100th Anniversary of the Negro Leagues, the Columbia Fireflies today announced the pre-sale of a throwback-style “shirsey.” The shirts say “Columbia” and are designed in the style of the Newark Eagles uniforms the Fireflies would have worn on-field during their Negro League Celebration weekend June 13-14. The Newark Eagles were a Negro League Baseball team in the 1930’s-40’s that won the 1946 Negro League World Series and boasted seven future Hall of Famers, including Camden-native Larry Doby.

The number on the shirt is 14 — the number worn by Larry Doby during his player career. The Fireflies retired Doby’s number in 2019, along with fellow trailblazers Jackie Robinson and Frank Robinson, to honor his legacy on the game and his heritage in the Midlands area. Doby broke the American League color barrier July 5, 1947 when he made his debut with the Cleveland Indians, who later retired his number in 1994.

“Although there isn’t baseball this weekend at Segra Park, the Fireflies will continue to honor the legacy of the Negro Leagues and the heroes that broke barriers in our sport and in our nation,” said Fireflies team President John Katz. “From Rube Foster – the founder and president of the Negro National League in 1920 – to Jackie Robinson, who broke the color barrier in Major League Baseball in 1947 – we will continue to honor their memories, celebrate their legacies and ensure that they will always be remembered in our community.”

“In celebrating the Negro National League’s Centennial Anniversary, we recognize the leadership of Rube Foster, the ‘father of black baseball,’ who was a famous baseball pitcher, manager and owner,” said President and CEO of the Columbia Urban League James T. “J.T.” McLawhorn Jr.. “During this Centennial Anniversary, we salute Mr. Foster and other players who demonstrated the importance of perseverance in achieving your mission even in a climate of overt racism and hostility.”