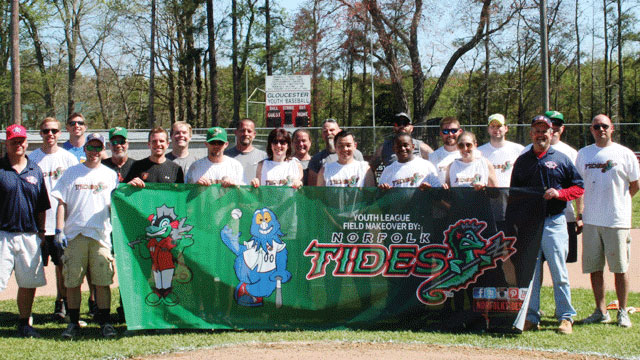 After nearly 7,500 votes were cast on the Norfolk Tides Facebook page, Surry County Pony Baseball has won a contest in which the Tides organization will renovate their baseball field. This field makeover will include an upgrade to the playing surface and an improvement to existing dugouts, with the renovations taking place in mid-April.

“We’re thrilled to offer our assistance to the people of Surry, as they demonstrated a remarkable amount of support for this contest” said Tides General Manager Joe Gregory. “The number of votes cast shows how important youth baseball is to families in the Surry community, and our entire organization can’t wait to get started.”

Volunteers from Safelite AutoGlass will join the Tides staff in assisting with the field renovation efforts, with the exact date of the renovation being announced at a later date.

The Tides will play their first game of 2017 at Harbor Park on Friday, March 31st in an Exhibition Game against the Baltimore Orioles. Norfolk will then open its regular season on Thursday, April 6th with a 7:05 contest at Charlotte before kicking off the home portion of its schedule on Monday, April 10th with a 6:35 game vs. Gwinnett.

Season Tickets, group tickets, picnics and patios are currently available for the 2017 season. For pricing and additional information, visit the Harbor Park box office or call (757) 622-2222.