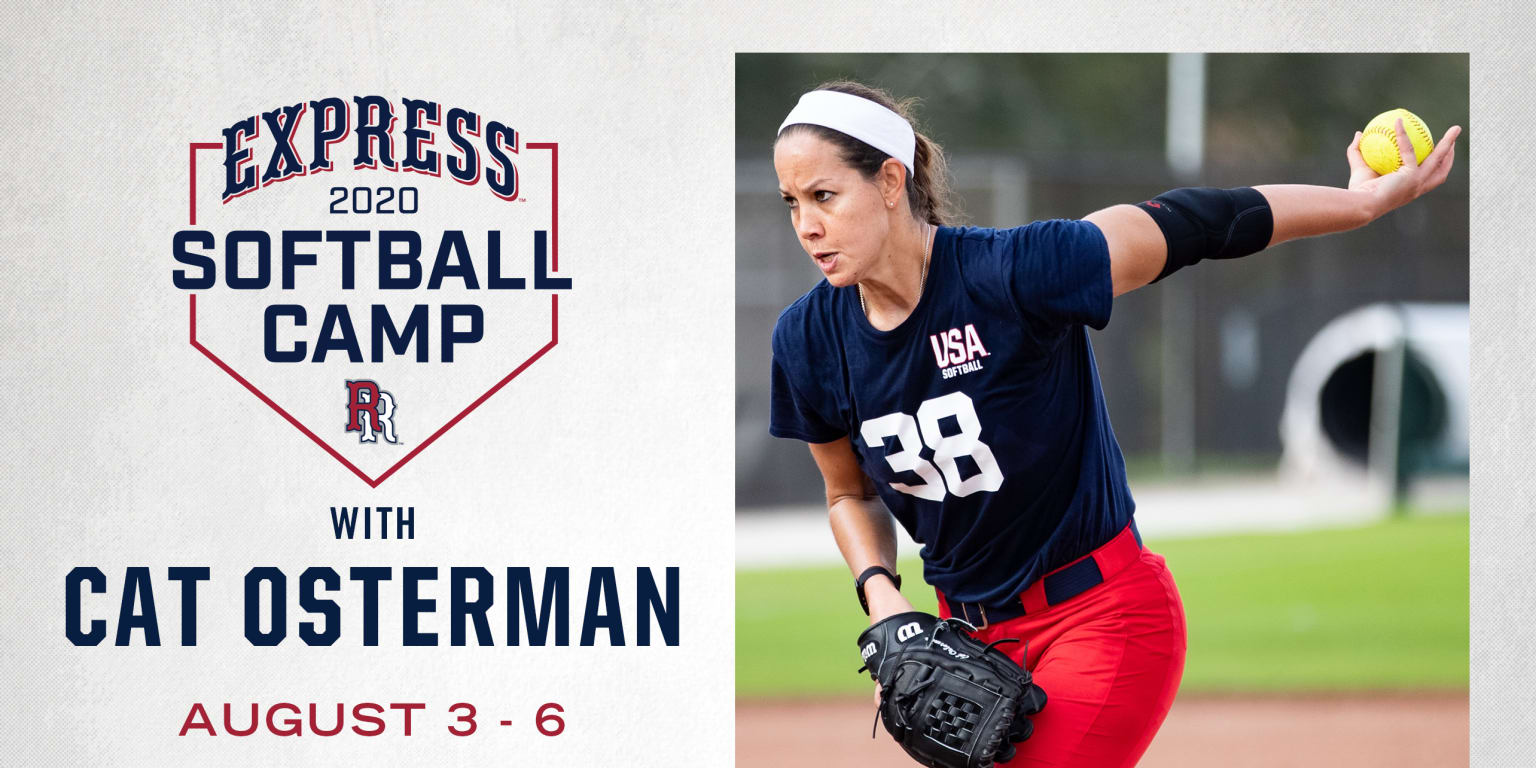 ROUND ROCK, Texas – The Round Rock Express are excited to announce that two-time Olympian Cat Osterman will be joining the Express Camps team as a coach for the upcoming softball camp at Dell Diamond from August 3-6, 2020. The four-day camp runs from 9:00 a.m. each morning until 12:00 p.m. and is available to kids ages 6-14. Registration is now open by clicking here.

“Summer camps play such an instrumental role in growing the game of softball and I am honored to be able to share my experiences with kids right here in Central Texas,” Osterman said. “I am so thankful for the Round Rock Express and their commitment to teaching baseball and softball to our next generation through summer camps.”

The first three days of the softball camp will feature drills that touch on hitting, throwing and fielding to develop campers both mentally and physically. The final day will focus on applying those skills to game situations. There will also be a private awards ceremony for the campers prior to the conclusion of the camp.

“We are so excited to welcome Cat to our group of knowledgeable, experienced and passionate coaches this summer,” Express Camps Director Chase Almendarez said. “We pride ourselves on providing big league caliber instruction in our baseball and softball camps and having someone with Cat’s unparalleled resume join our team further enhances that mission.”

In accordance with Texas Governor Greg Abbott’s plan to open Texas, the Express are hosting nine different half-day and full-day baseball and softball camps at Dell Diamond, beginning on June 1. Express Camps range by age and offer opportunities for all skill levels. A full list of Express Camps available can be found at ExpressCamps.com.

The safety of participants and staff at Express Camps is the top priority. As mandated by the State of Texas, the Express will be implementing a series of expanded protocols and procedures. Each camp will be limited to 40 total campers, split into five groups of eight, based on age, that will remain consistent for the duration of camp. Each group will have two dedicated coaches that will stay with that group for the duration of camp. Campers will not participate in games or scrimmages with other groups.

Additionally, parents and guardians will not be allowed to attend camps, except to drop off and pick up campers at designated curbside areas. Assigned coaches and staff will check campers in and out of camp at designated curbside areas. Water stations, which are regularly monitored and sanitized, will be available to campers only. Campers are required to bring their own bats, gloves and refillable water bottles. For more on the enhanced safety procedures being implemented, please visit ExpressCamps.com.

The #RRExpress are excited to announce that two-time Olympian @catosterman will join the Express Camps team as a coach for the August 3-6 softball camp at #DellDiamond. The four-day camp runs from 9 AM-12 PM for kids age 6-14. Registration is open here: https://t.co/bwSLSFNOwk pic.twitter.com/OKG0oJ6Dpt

Osterman was a four-time All-American and three-time National Player of the Year at the University of Texas before embarking on a professional career that included six National Pro Fastpitch All-Star selections and four NPF Championships with the Rockford Thunder and USSSA Pride. She also starred on the USA Women’s Softball Team that won a gold medal at the 2004 Summer Olympics in Athens and a silver medal at the 2008 Summer Olympics in Beijing. Osterman was recently named to Team USA for the upcoming Summer Olympic Games in Tokyo.

A member of the Texas Sports Hall of Fame Class of 2012, Osterman coached at Texas State University for six seasons from 2015 through 2020. Prior to that, she was an assistant coach at St. Edward’s University for three seasons. Her coaching career has also included time with the University of Texas and DePaul University in Chicago.