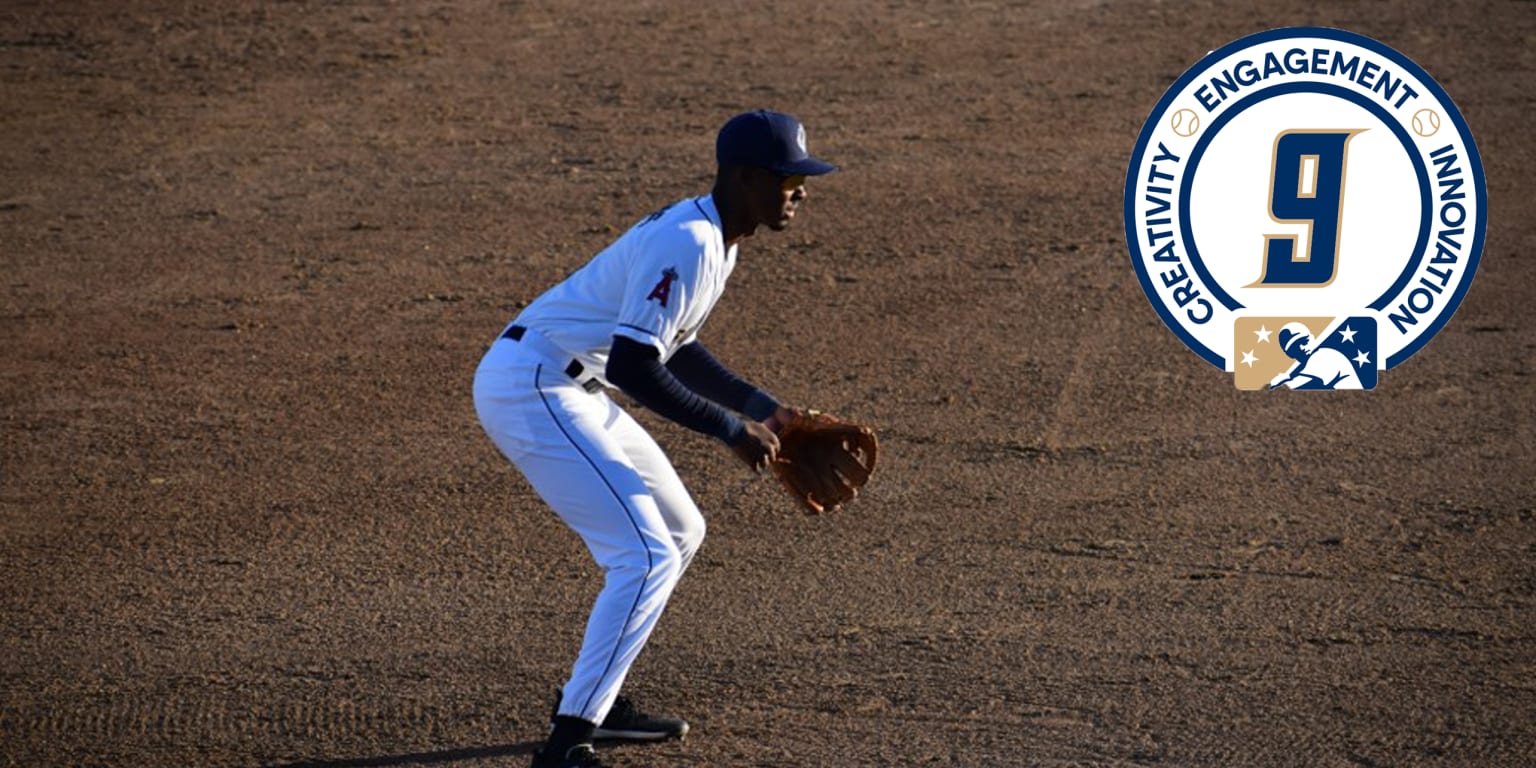 In celebration of Black History Month, throughout February, teams across Minor League Baseball are taking a look back at five of the best Black players to suit up for their club or leave a lasting impact on the baseball community.

While some of these standout performers went on to have successful Major League careers, others simply had great Minor League careers, careers in other professional sports, or in some cases left a positive impact on the local baseball community.

Here is a look at five successful Black individuals who left a lasting impact on the Tri-City Dust Devils and the Tri-City community as a whole.

CJ Mitchell was an amateur baseball umpire whose career started in the early 70’s. He worked for 35 years in both the PAC-8 and PAC-10 conferences. He worked six American Legion World Series Tournaments, 10 NAIA World Series Tournaments; he was a four time NCAA Division-1 College World Series Umpire in Omaha, Neb. (1976, 1977, 1980, 1981) and was selected to work exhibition games for the U.S. Olympic team in 1984 and 1988. He was a family man who left a lasting impact on the community, not only for his work in sports, but also from being a genuinely good person. He has been inducted into no less than six sports hall of fames across Washington State. CJ passed in 2016, but he is remembered every day at Gesa Stadium with the CJ Mitchell Memorial Umpires Room.

Stu Cole was drafted by the Kansas City Royals in the 3rd round of the 1987 draft. His playing career spanned from 1987 to 1995 in both the Royals and Colorado Rockies organizations. He began coaching in 1995 within the Rockies organization. In 2001 Stu Cole became the first manager in Dust Devils franchise history. He led the Dust Devils to a 39-36 record and finished second in the North Division. He later managed Double-A Tulsa from 2006 to 2009 and the Pacific Coast League’s Colorado Springs Sky Sox from 2010 to 2012. In 2012 Stu was named the 3rd Base Coach for the Colorado Rockies where he still is today!

Out of High School, Wilson was drafted by the Baltimore Orioles in the 41st round of the 2007 MLB draft. Wilson elected to continue his education and attended NC State from 2008 to 2010. During his collegiate career, Wilson hit .282/.384/.415 with five home runs and 30 RBI’s. On June 8th 2010, he was drafted by the Colorado Rockies in the 4th round. He made his professional debut with the Tri-City Dust Devils where he finished the season batting .230 with 2 home runs and 11 RBI’s. On June 27, 2011 it was announced that Wilson had committed to Wisconsin to continue his football career. In the 2012 NFL Draft, Wilson was selected in the 3rd round by the Seattle Seahawks. His rookie year he led the Seahawks to the post season and was selected as an alternate for the 2013 Pro Bowl. In the 2013-2014 season, Wilson led the Seahawks to a 13-3 record and their first Super Bowl victory in franchise history. Wilson became just the second black starting Quarterback to win a Super Bowl. Wilson has amassed a number of awards during his time in Seattle, with eight Pro Bowl Selections, three Steve Largent Awards, the 2020 Walter Payton Man of the Year Award and the 2022 Bart Starr Award.

Anthony Sanders was drafted by the Toronto Blue Jays in the 7th round of the 1992 MLB Amateur Draft out of Santa Rita High School in Tucson, Arizona. Sanders made his Major League debut for the Blue Jays April 26, 1999. As a member of the United States National Baseball Team, Sanders won a gold medal in the 2000 Summer Olympics in Sydney. After his playing career, Sanders joined the Colorado Rockies organization as the hitting coach for the Tri-City Dust Devils from 2007 to 2012. He was promoted in 2013 to manager of the Grand Junction Rockies. He spent 2013 through 2015 in Grand Junction and was named the 2014 Pioneer League Manager of the Year. He spent 2016 and 2017 as the Class A Advanced Development Supervisor before serving as the Rockies outfield and base running coach in 2018 and 2019. Sanders is currently the Baltimore Orioles First Base Coach.

Brendon Davis was drafted by the Los Angeles Dodgers in the 5th round of the 2015 MLB Draft out of Lakewood High School in Lakewood, CA. He entered the 2015 draft as the Baseball America’s No. 51 ranked High School prospect. He was selected by the Los Angeles Angels on December 10, 2020 int he Rule 5 Minor League Draft. In 2021, Brendon Davis made 63 appearances with the Tri-City Dust Devils, batting .280 with 40 RBI’s and 14 home runs. He was promoted to Double-A Rocket City Trash Pandas and soon thereafter Triple-A Salt Lake Bee’s where he finished the season. In 31 games with the Bee’s, Davis batted .333 with 25 RBI’s and 8 home runs. He won two High-A West Offensive Player of the Week awards with the Dust Devils and is currently listed as a member of the Angels 40 Man Roster.

PASCO, Washington – The Tri-City Dust Devils announced today that, in partnership with BUSH’S® Beans, they will provide a donation to Columbia Center Rotary as part of #GivingTuesday, a global day of giving fueled by the power of social media and collaboration, on Tuesday, Nov. 28.

Celebrated on the Tuesday following Thanksgiving and the widely-recognized shopping events Black Friday and Cyber Monday, #GivingTuesday kicks off the charitable season, when many focus on their holiday and end-of-year giving. Since its inaugural year in 2012, #GivingTuesday has become a movement that celebrates and supports generosity and philanthropy.

This past season, Luis Asuncion was named the BUSH’S Most Valuable Player (MVP) at the 2017 Northwest/Pioneer League All-Star Game in Hillsboro, Oregon, after doubling home the first run of a five-run rally in the Northwest League’s 5-4 comeback win over the Pioneer League. As an extension of this award, BUSH’S and the Dust Devils will provide a $1,000 donation to Columbia Center Rotary.

“Minor League Baseball and BUSH’S Beans have done a great job in creating a national partnership that positively impacts local MiLB communities,” said Derrel Ebert, Vice President and General Manager of the Tri-City Dust Devils. “We are donating the funds to Columbia Center Rotary, an organization with a motto of ‘Service Above Self.’ They have been and continue to be instrumental in completing countless local community projects, as well as international projects, with matching funds through the Rotary International Foundation.”

“One of the things that attracted BUSH’S to Minor League Baseball is how the clubs and their local communities support each other,” said Mike Morris, Senior Brand Manager at Bush Brothers & Company. “We are proud to recognize the contributions of each BUSH’S MVP Award winner by giving back to his team’s local charity.”

Minor League Baseball unveiled a multi-year, strategic partnership with BUSH’S Beans last December, making it the “Official Beans of Minor League Baseball,” and a “Preferred Partner” of a number of MiLB teams, beginning in 2017. Bush Brothers & Company is the recognized brand leader in beans. The partnership was activated across a range of touch-points this year, including in-ballpark celebrations such as National Baked Bean Month in July and the integration of a variety of BUSH’S Beans products in teams’ concessions.

About the Tri-City Dust Devils

The Dust Devils home opener is Wednesday June 20th at Gesa Stadium. Ticket packages start at just $56, with full-season tickets available starting at only $285. Special ticket rates are available for groups of 20 or more. Season tickets, mini-plans, and group tickets can be purchased by contacting the Dust Devils front office at (509) 544-8789 or at the Gesa Stadium box office.

Minor League Baseball, headquartered in St. Petersburg, Florida, is the governing body for all professional baseball teams in the United States, Canada and the Dominican Republic that are affiliated with Major League Baseball® clubs through their farm systems. Fans are coming out in unprecedented numbers to this one-of-a-kind experience that can only be found at Minor League Baseball ballparks. In 2017, Minor League Baseball attracted 41.8 million fans to its ballparks to see the future stars of the sport hone their skills. From the electricity in the stands to the excitement on the field, Minor League Baseball has provided affordable family-friendly entertainment to people of all ages since its founding in 1901. For more information, visit www.MiLB.com.

BUSH’S® is all about friends & family, and a certain Secret Family Recipe. When you enjoy our beans (doesn’t matter if they’re baked beans, chili beans, black beans, pinto beans…well, you get the picture), you can trust that they’re the very best. Because we wouldn’t serve your family anything less. Since we got our start more than 100 years ago in Chestnut Hill, Tenn., BUSH’S® has always maintained that quality is the best policy. We pursue excellence and exceptional taste in our beans, sauces and everything we do. That’s why, from mouthwatering Baked Beans & Chili Beans to satisfying bean recipes, you’re cooking up the best with BUSH’S BEST®. For more information, visit www.bushbeans.com.