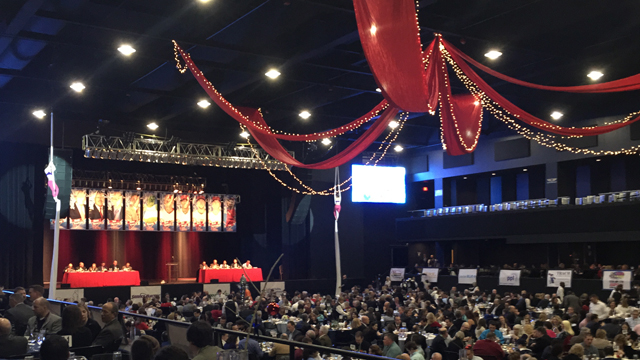 IronPigs Charities, presented by The Air Production Foundation, a non-profit organization striving to provide educational and recreational opportunities for children in the Greater Lehigh Valley area, awarded a record-breaking 101,897.45 in cash grants to 22 non-profit organizations during Thursday’s Phillies Winter Banquet at the Sands Events Center. Since debuting in 2008, IronPigs Charities has contributed a total in excess of $750,000 in cash grants to dozens of local non-profit entities. Between the IronPigs Charities organization and the Lehigh Valley IronPigs, the total all-time cash distribution is nearing $1.1-million.

“The Phillies Winter Banquet, coupled with the opportunity to make meaningful donations to so many deserving local organizations, is truly the highlight of our year,” remarked IronPigs Charities President Kurt Landes. “It’s genuinely humbling to be in such a position to be able to impact our community in such a significant manner. And, the best is yet to come.”

The 2015 beneficiaries are listed below: