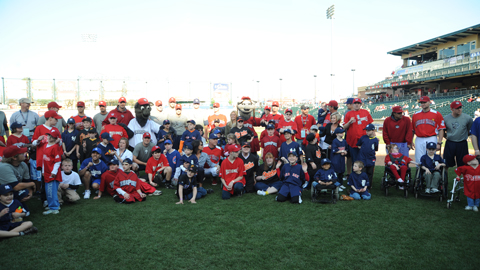 Established in October, 2007, before the IronPigs ever played a game, IronPigs Charities was created to provide educational and recreational opportunities for Lehigh Valley Youth.

For more information on IronPigs Charities, please call Sarah Marten at (610) 841-1213.
This article originally appeared on the official website of the Lehigh Valley IronPigs. Click here to view the original story.