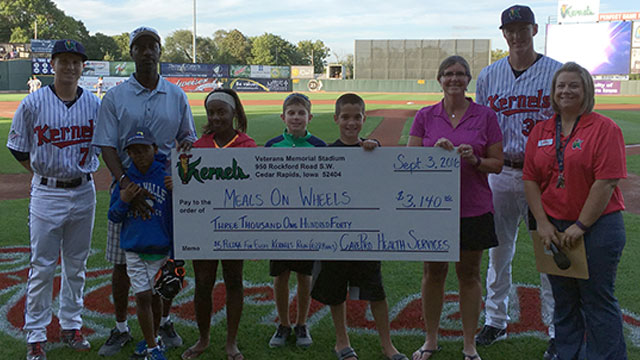 Take the Lead Mission Statement
From the Front Office to the dugout “Take the Lead” exemplifies how teamwork and collective efforts support and benefit the Cedar Rapids Corridor. The Kernels are committed to being the community beacon for education, social and recreation programs.