Fans Who Contribute New Toy to Receive Tickets and Hat 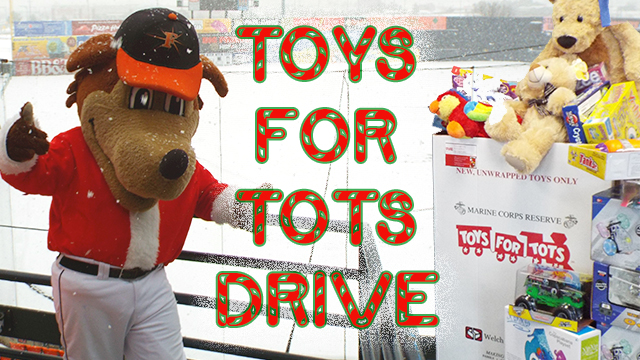 The holiday season is right around the corner, and for the third consecutive season the Keys will be partnering with Toys for Tots. The mission of the U.S. Marine Corps Reserve Toys for Tots Program is to collect new, unwrapped toys during October, November and December each year, and distribute those toys as Christmas gifts to less fortunate children.

Members of the Frederick community can drop off toys at Harry Grove Stadium starting on November 5, from 9-5 p.m, Monday to Friday. Anyone who donates a toy will receive two tickets to a 2015 Frederick Keys home game along with two Keys hats.

The Toys for Tots Drive concludes on Saturday, December 13, when the Keys host their annual holiday event in the Mattress Warehouse Club.

“We received tremendous support from the community during our toy drive last year,” said Director of Marketing Bridget McCabe. “The Keys love bringing smiles to the faces of local kids during the holiday season, and our annual partnership with Toys for Tots allows us to do just that.”

The Keys Holiday Event on December 13 will run from 10am-1pm. More details will be available at a later date. Ticket plans for the 2015 season are now available, and can be purchased by calling an account manager at 301-815-9900. Every plan comes with the choice of a Zach Britton or Kevin Gausman bobblehead.

This article originally appeared on the official website of the Frederick Keys. Click here to view the original story.