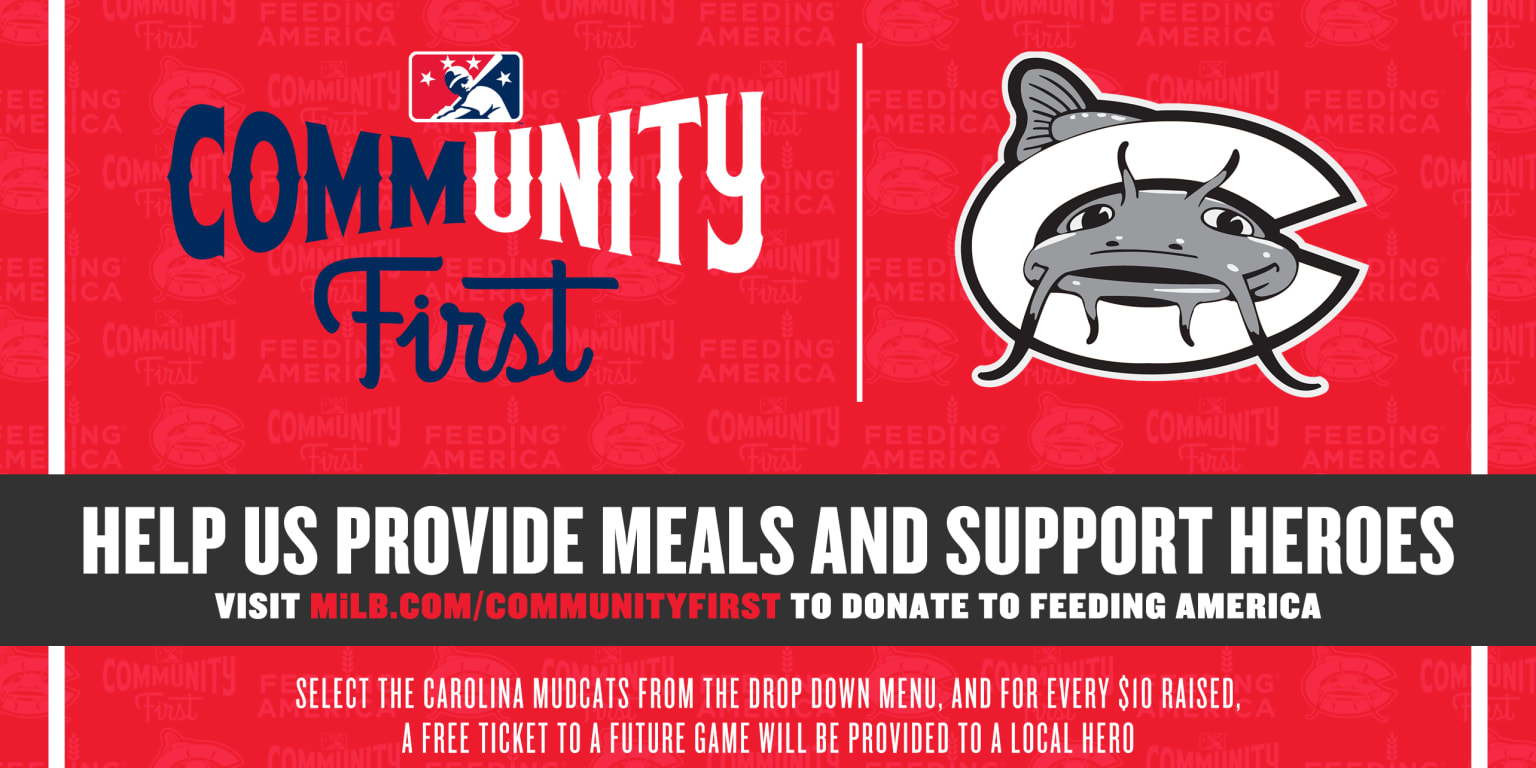 ZEBULON, N.C., April 28, 2020 – The Carolina Mudcats today announced they are joining MiLB CommUNITY First, a new national initiative developed by Minor League Baseball™ (MiLB™) in conjunction with Feeding America®, to raise funds for local food banks and to honor individuals risking their lives on the front lines of the COVID-19 pandemic.

Mudcats fans are encouraged to visit MiLB.com/CommUNITYFirst through May 31 to donate. Once on the site, fans can choose their donation amount and the Carolina Mudcats as the recipient of their donation to direct funds to the Triangle and East Wake community. For every $10 donated, the Mudcats will donate one ticket to a future home game to a local hero of the pandemic.

In response, contributions from Mudcats fans and Minor League Baseball will help ensure families and individuals across the country most impacted by the pandemic are fed and cared for during these uncertain times. Join the national campaign by donating and selecting “Carolina Mudcats” at MiLB.com/CommUNITYFirst and use #MiLBCommUNITYFirst on social media to show your support.

About Feeding America
Feeding America® is the largest hunger-relief organization in the United States. Through a network of 200 food banks and 60,000 food pantries and meal programs, we provide meals to more than 40 million people each year. Feeding America also supports programs that prevent food waste and improve food security among the people we serve; educates the public about the problem of hunger; and advocates for legislation that protects people from going hungry. Individuals, charities, businesses and government all have a role in ending hunger. Donate. Volunteer. Advocate. Educate. Together we can solve hunger. Visit www.feedingamerica.org, find us on Facebook or follow us on Twitter.