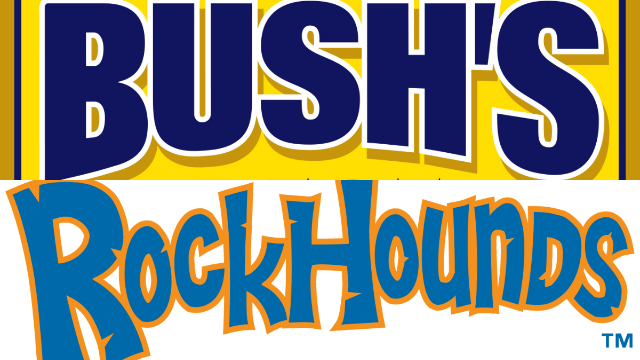 MIDLAND, Texas – The Midland RockHounds announced today that, in partnership with BUSH’S® Beans, they will provide a donation to Big Brothers Big Sisters – Midland as part of #GivingTuesday, a global day of giving fueled by the power of social media and collaboration, on Tuesday, Nov. 28.

Celebrated on the Tuesday following Thanksgiving and the widely-recognized shopping events Black Friday and Cyber Monday, #GivingTuesday kicks off the charitable season, when many focus on their holiday and end-of-year giving. Since its inaugural year in 2012, #GivingTuesday has become a movement that celebrates and supports generosity and philanthropy.

This past season, B.J. Boyd was named the BUSH’S Most Valuable Player (MVP) at the 2017 Texas League All-Star Game in Frisco, Texas, after collecting three hits and three RBI in a 10-3 win for the South division. As an extension of this award, BUSH’S and the RockHounds will provide a $1,000 donation to Big Brothers Big Sisters – Midland.

“This generous donation by BUSH’S shows their commitment to the communities and great nonprofit organizations within Minor League Baseball cities,” said Monty Hopper, General Manager of the Midland RockHounds. “We thank BUSH’S for their donation to Big Brothers Big Sisters – Midland. This donation further strengthens the tie between Minor League Baseball, its member teams, sponsors and local communities.”

“One of the things that attracted BUSH’S to Minor League Baseball is how the clubs and their local communities support each other,” said Mike Morris, Senior Brand Manager at Bush Brothers & Company. “We are proud to recognize the contributions of each BUSH’S MVP Award winner by giving back to his team’s local charity.”

Minor League Baseball unveiled a multi-year, strategic partnership with BUSH’S Beans last December, making it the “Official Beans of Minor League Baseball,” and a “Preferred Partner” of a number of MiLB teams, beginning in 2017. Bush Brothers & Company is the recognized brand leader in beans. The partnership was activated across a range of touch-points this year, including in-ballpark celebrations such as National Baked Bean Month in July and the integration of a variety of BUSH’S Beans products in teams’ concessions.

About the Midland RockHounds

The Midland RockHounds have been bringing the best fun and family entertainment to West Texas since 1972. A member of the eight-team, Double-A Texas League, the franchise began as an affiliate of the Chicago Cubs, the Los Angeles Angels and since 1999, the Oakland A’s.

The RockHounds have won five outright Texas League titles since 2005, including four-straight from 2014-2017. The organization has also received the John H. Johnson President’s Award in 2007, the highest award for a franchise and in 2016, the team won the Larry McPhail Award in recognition for the organization’s outstanding promotional efforts.

Minor League Baseball, headquartered in St. Petersburg, Florida, is the governing body for all professional baseball teams in the United States, Canada and the Dominican Republic that are affiliated with Major League Baseball® clubs through their farm systems. Fans are coming out in unprecedented numbers to this one-of-a-kind experience that can only be found at Minor League Baseball ballparks. In 2017, Minor League Baseball attracted 41.8 million fans to its ballparks to see the future stars of the sport hone their skills. From the electricity in the stands to the excitement on the field, Minor League Baseball has provided affordable family-friendly entertainment to people of all ages since its founding in 1901. For more information, visit www.MiLB.com.

BUSH’S® is all about friends & family, and a certain Secret Family Recipe. When you enjoy our beans (doesn’t matter if they’re baked beans, chili beans, black beans, pinto beans…well, you get the picture), you can trust that they’re the very best. Because we wouldn’t serve your family anything less. Since we got our start more than 100 years ago in Chestnut Hill, Tenn., BUSH’S® has always maintained that quality is the best policy. We pursue excellence and exceptional taste in our beans, sauces and everything we do. That’s why, from mouthwatering Baked Beans & Chili Beans to satisfying bean recipes, you’re cooking up the best with BUSH’S BEST®. For more information, visit www.bushbeans.com.