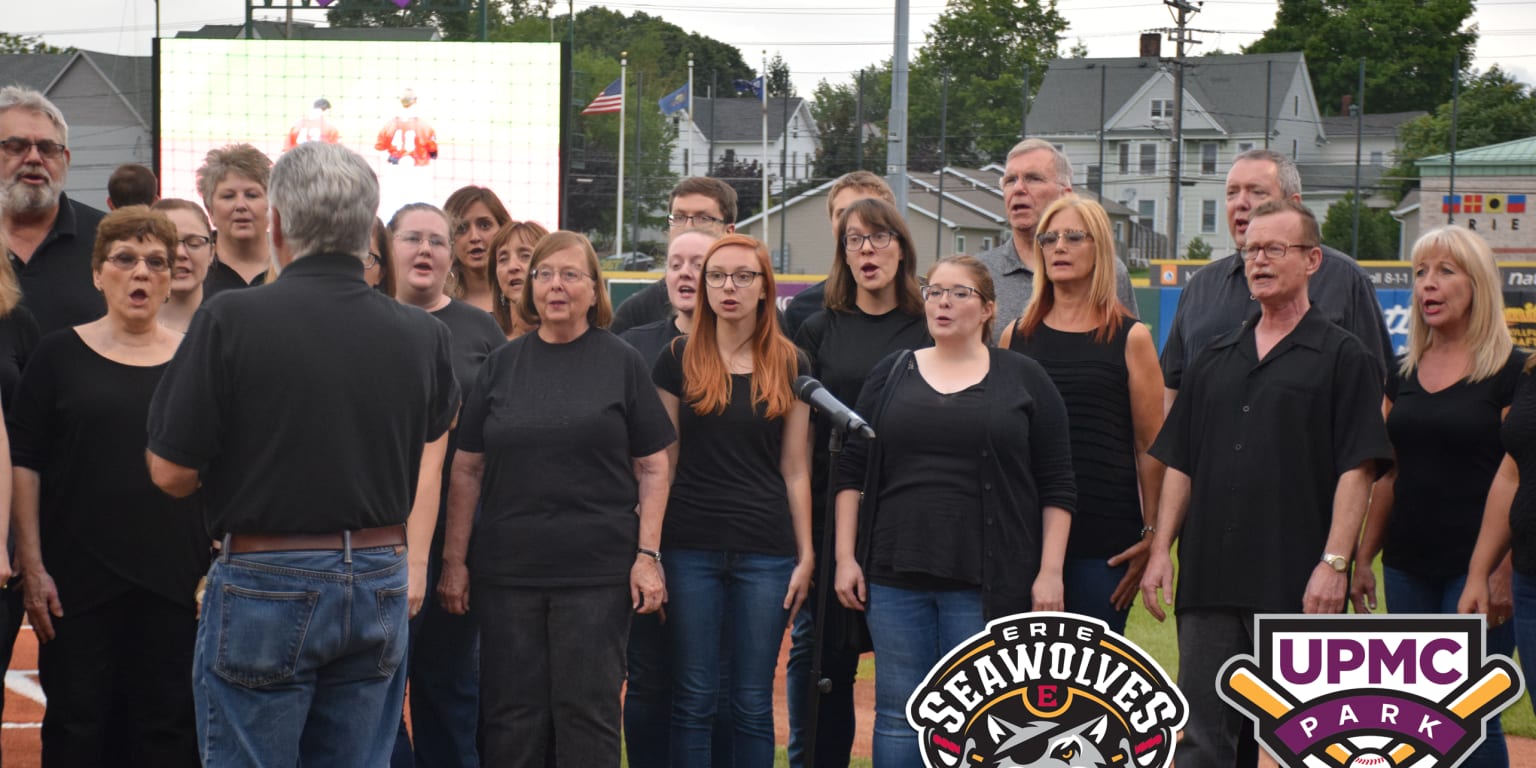 The SeaWolves will hold open auditions on Saturday, March 14 for National Anthem singers, public address announcers, and on-field emcees. Auditions will be held at the Center Court stage in the Millcreek Mall from 10 a.m. until 2 p.m. Interested parties will register and audition on the spot. Tryouts will be on a first-come, first-served basis.

NATIONAL ANTHEM SINGERS
Singers will perform “The Star-Spangled Banner” a cappella (without music) and must complete their audition within a 90-second time frame. Solo performances and ensemble auditions are encouraged. There is no age requirement, but performers must be comfortable singing in a stadium environment. No CDs, tapes, emails or digital submissions will be accepted. Those auditioning are encouraged to review the SeaWolves’ game schedule and identify their availability throughout the season.

PUBLIC ADDRESS ANNOUNCER
The team is seeking one to two individuals to serve as the in-stadium public address voice(s) of UPMC Park for all 70 SeaWolves home games. PA Announcer duties include introducing starting lineups, batters and defensive changes, delivering promotional scripts and improvisational contests, and other duties as assigned. The PA Announcer works closely with the Director of Entertainment to create a fan-friendly and enjoyable experience at UPMC Park. Those auditioning will each read a variety of game day scripts and announce the SeaWolves lineup. Qualifications for this seasonal, game-day position include:

ON-FIELD EMCEE
The team is seeking one to two individuals to serve as on-field hosts at UPMC Park for all 70 SeaWolves home games. On-field emcees are responsible for fan engagement during pre-game, in-game and post-game promotions on a nightly basis. The emcee(s) will work closely with the Director of Entertainment and the Wolf Pack Entertainment team. Those auditioning will host a mock in-game contest and read sample promotional scripts. Qualifications for this seasonal, game-day position include: