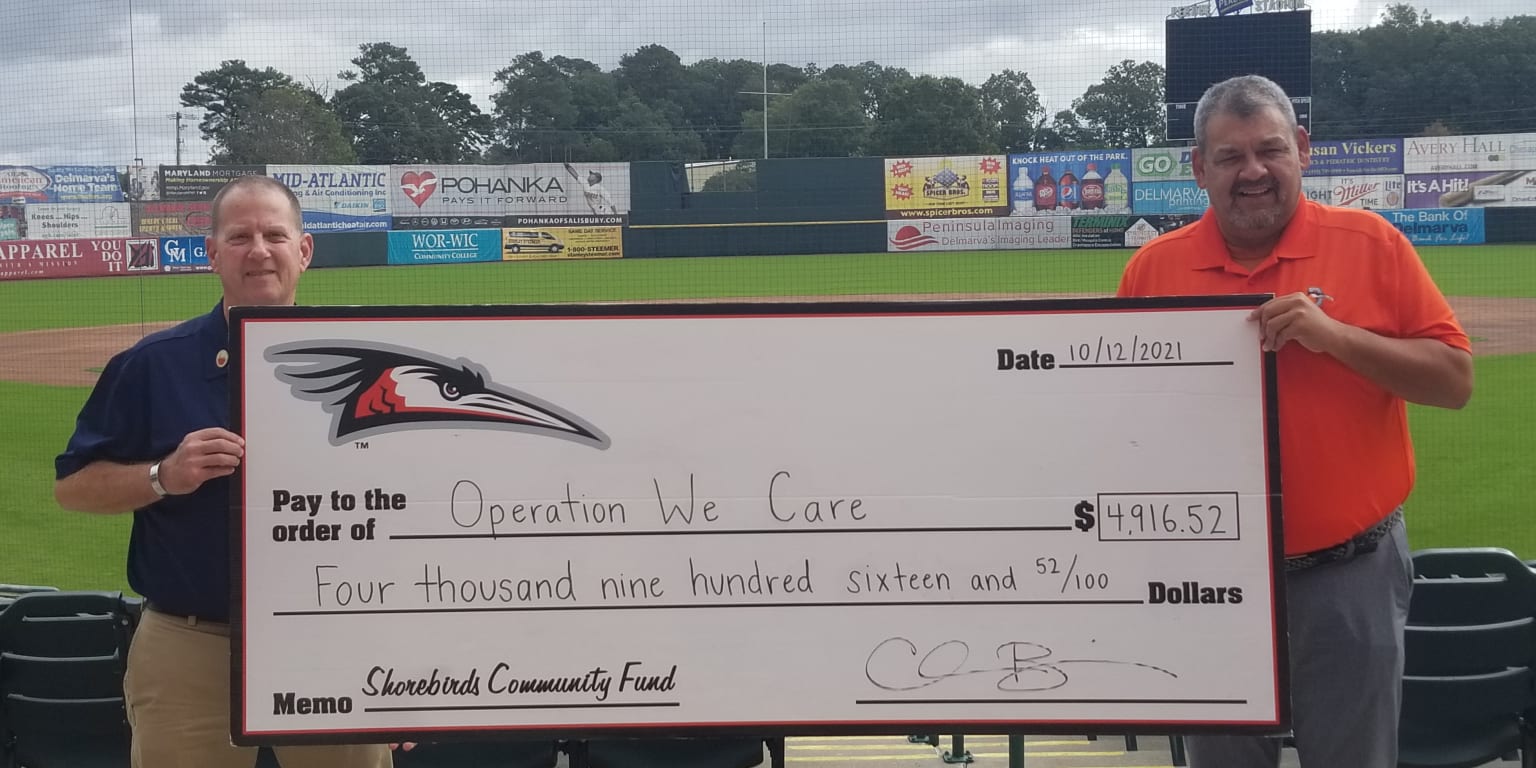 On Saturday, September 11, 2021, the Delmarva Shorebirds wore special patriotic jerseys to honor the 20th anniversary of all those lost through the terrible attacks of September 11, 2001. Through the patriotic jersey auction, the Shorebirds were able to raise $4,916.52 for Operation We Care to support the men and women who serve in the military and as first responders. In addition, Operation We Care will be donating a portion of the proceeds to the Department of MD VFW Family Assistance Program.

“Operation We Care is a great initiative that the Shorebirds are proud to support each and every year,” explained Shorebirds General Manager Chris Bitters. “Our men and women in our military, hospitals, and first responders have been battling on the front lines throughout the pandemic and we are thrilled to support them by donating to Operation We Care to aid in their efforts.”

The special patriotic jerseys honored all our military branches with all the service marks located on the back of each jersey. On the front of the jersey underneath the Shorebirds script, was the United States official seal with stars and stripes located just below each player’s jersey number. On the right sleeve of each jersey, the Shorebirds placed a Veterans of Foreign Wars of the United States badge in support of all veterans and those who have served our country. The jersey auction was held online from September 11 to September 22 with fans having the opportunity to bid on these special, game-worn autographed jerseys.

On September 11, 2021, the Shorebirds hosted a special patriotic night to honor the lives lost during the September 11th attacks presented by Pohanka of Salisbury. The night featured the players wearing these patriotic jerseys, special in-game tributes, and the night capped with the final fireworks show of the year presented by Pohanka of Salisbury.

For more information on jersey auctions, merchandise, season tickets, and anything in regards to the Shorebirds, please visit theshorebirds.com. Also, you can stay tuned in with everything leading up to the 2022 season of Shorebirds baseball slated to begin April 8, 2022 against the Fredericksburg Nationals by following the Shorebirds on social media on Facebook, Twitter, and Instagram.