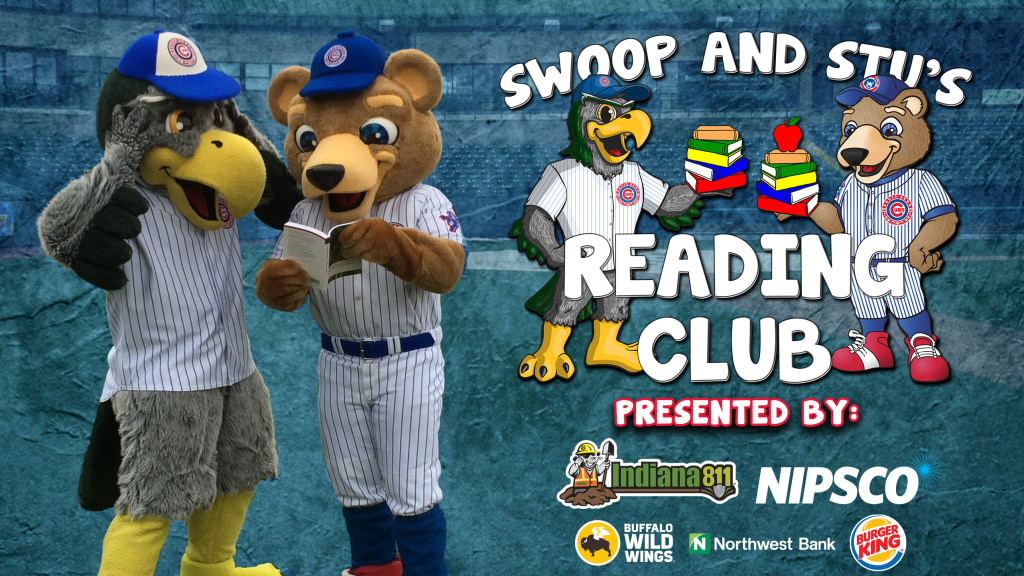 SOUTH BEND, IN – With winter break over and many schools resuming class, the South Bend Cubs are proud to announce the return of Swoop & Stu’s Reading Club, presented by Indiana 811 and NIPSCO. Teachers and administrators have until February 7 to register.

Swoop and Stu’s Reading Club is an incentive-based reading program where teachers set goals for their students to match the reading levels in their classroom. Each goal corresponds with a base on a baseball diamond and intended to last four weeks. The program begins March 2 to coincide with National Read Across America Day established by the National Education Association (NEA).

Students will be rewarded with prizes from the South Bend Cubs and local businesses for each goal completed. After students complete all four bases, they will receive a complimentary ticket to a South Bend Cubs home game, valid for the school’s designated Reading Club Night.

Registration is open until February 7 with packets scheduled to be delivered to participating schools the week of February 21. South Bend Cubs mascots Stu and Swoop will make appearances to selected schools who participate in the program. Due to the number of requests, appearances are limited.

Teachers and administrators can contact South Bend Cubs Account Executive Kyle Vincent at [email protected] with questions or to sign up. Additional information can be found here.

The South Bend Cubs are the High-A minor league affiliate of the 2016 World Series Champion Chicago Cubs. Over the past 34 years, the team has won four Midwest League titles, most recently in 2019, and has captured eight division titles. In 2019, the South Bend Cubs hosted the Midwest League All-Star Game. In June 2017, Four Winds Field, home of the South Bend Cubs, was voted Best Class A ballpark in the country by Ballpark Digest. In 2015 the team was named Ballpark Digest’s Team of the Year and received the John H. Johnson President’s Award, the highest award in minor league baseball. The team is owned and operated by Swing-Batter-Swing, LLC whose principal shareholder is Andrew T. Berlin of Chicago, Ill.