The Clearwater Threshers are pleased to announce that their fans helped raise nearly $6,000 on August 17 to benefit two organizations for the support of U.S. military veterans.

The Threshers held 2013’s Military Night on August 17 in their Saturday night game against the Dunedin Blue Jays at Bright House Field, and their fans came out in force to support the troops. 4,183 fans turned

out to raise $5,807.50, which was split between Sand Soldiers of America and the Haley House Fund. Each group received $2,903.75 in a ceremony on the field on the season’s final day.

The Threshers front office would like to thank all our fans who helped us to raise money for such a tremendous cause. We look forward to many future charitable partnerships. 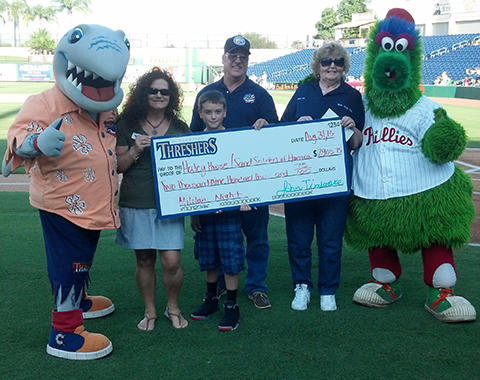