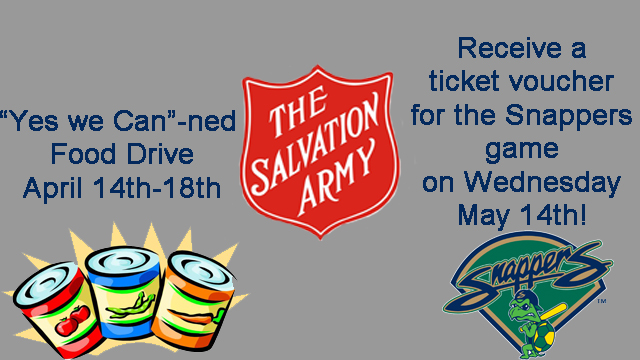 “We are so excited to have this new promotion at the ballpark this season. The work done at the Salvation Army in both Beloit and Janesville is a vital part of our community and we are happy to be a part of it” said Snappers President Dennis Conerton.

The Snappers will be taking on the Great Lakes Loons Monday April 14th-16th all games starting at 6:30 pm with gates opening at 5:30 pm. April 17th-18th the Snappers will take on the Lansing Lugnuts with both games starting at 6:30 pm gates opening at 5:30 pm. For tickets visit the Snappers Box Office or call 608-362-2272.
This article originally appeared on the official website of the Beloit Snappers. Click here to view the original story.