The Grand Junction Rockies are partnering up once again with Community Hospital for a 2019 jersey auction. This year’s theme is Breast Cancer Awareness. Fans can purchase space for the name of a loved one who is battling or has battled breast cancer. The signatures and names will be placed on the GJ Rockies players’ pink jerseys that will be worn Saturday, June 29, 2019 for Breast Cancer Awareness Night presented by Community Hospital’s Grand Valley Oncology. After the game, the jerseys will be auctioned off with all proceeds going to Grand Valley Oncology. Each name space is available for puchase at $20 each and will include four reserved tickets to the game on Saturday, June 29, 2019. More information is available by calling the Grand Junction Rockies at 970-255-7625. The deadline to purchase the name spaces is April 30th or until the name spaces are full. 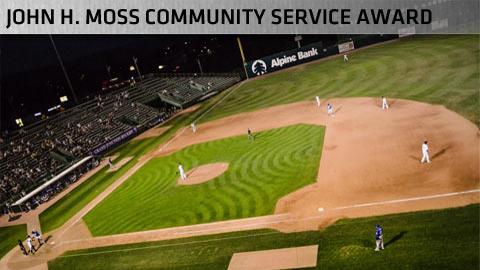