The BayBears are proud to announce a partnership with Navy Federal Credit Union to paint seat 1, row 1, in section 107, black with the POW/MIA logo and remain unoccupied for all eternity to honor all American soldiers who never returned.

The Navy, Air Force, Army, Marine Corps. and Coast Guard will all have their own night at The Hank, and will consist of different military themed promotions, as well as fun interactive tables throughout the concourse. 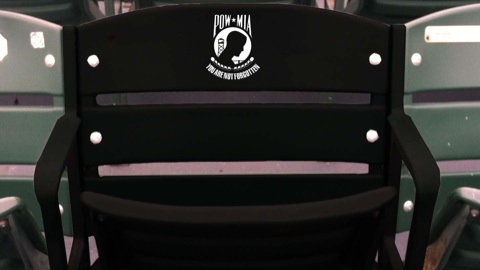