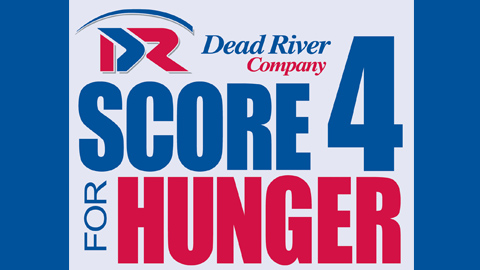 Portland, Maine– The Portland Sea Dogs have partnered with the Dead River Company to host a food drive at Hadlock Field on Saturday, August 31st when the Sea Dogs take on the Trenton Thunder (Yankees) in a single-admission doubleheader at 5:00 PM.

The food drive is benefitting the Good Shepherd Food Bank and kicks-off National Hunger Action Month (September). Fans are encouraged to bring non-perishable food items to the game that will be collected by the Good Shepherd for distribution throughout their vast network in helping feed those at risk of hunger in Maine.

Before the game, there will also be an on field check ceremony where Dead River Company will be presenting a donation to Good Shepherd as part of their season long promotion with the Sea Dogs, Score 4 for Hunger.

Tickets for the game can be purchased by calling the Sea Dogs Ticket Office at 207-879-9500 or online at www.seadogs.com. The doubleheader will consist of two seven-inning games. Tickets are good for both games.