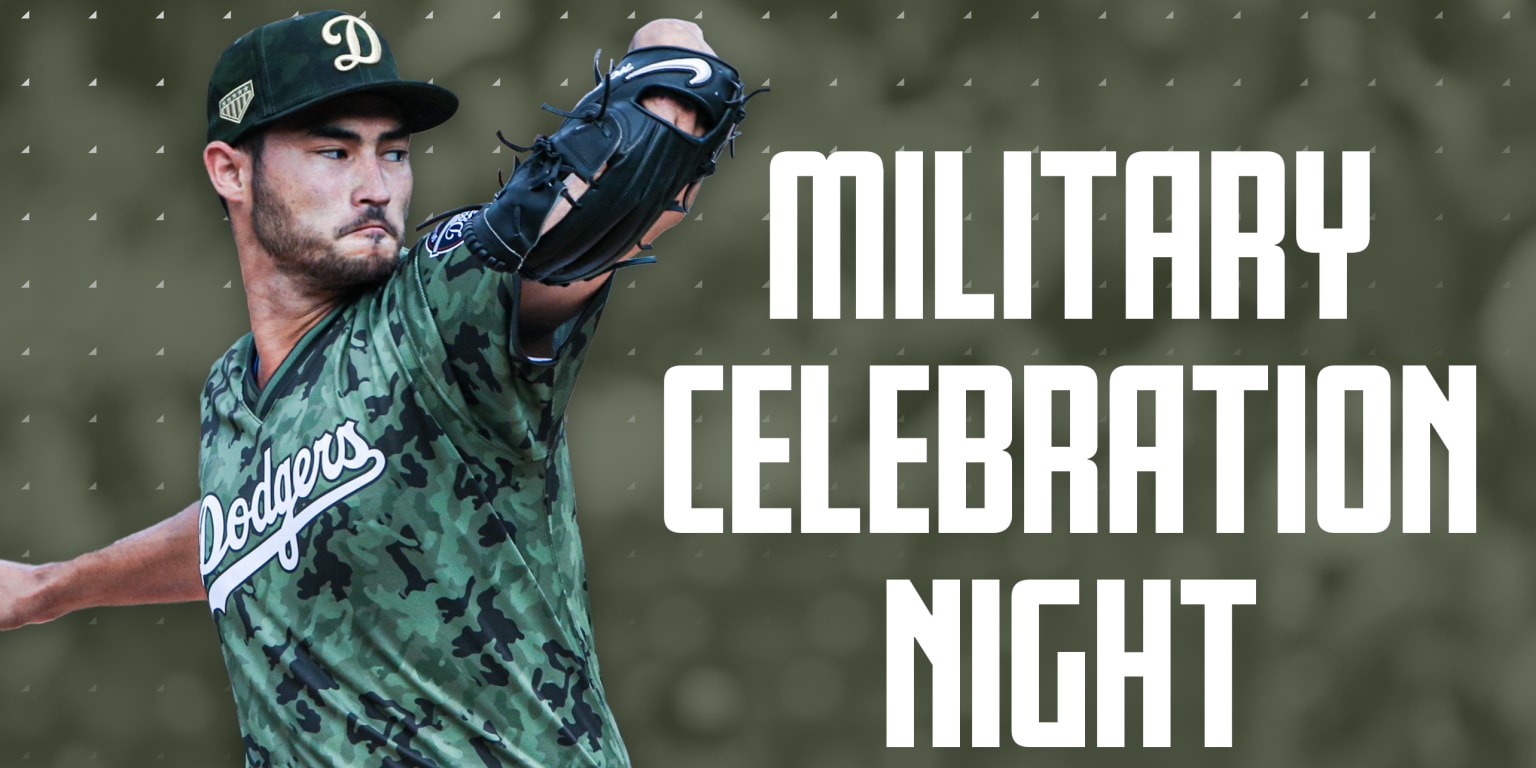 OKLAHOMA CITY – The Oklahoma City Dodgers will honor the service and dedication of local military members and their families Friday during Military Celebration Night when the Dodgers play the Albuquerque Isotopes at 7:05 p.m. at Chickasaw Bricktown Ballpark.

Dodgers players and coaches will take the field wearing special commemorative green, camouflage and gold jerseys as well as camouflage hats. Their game-worn jerseys will be auctioned off via the DASH Auction app, which is available for free via the App Store and Google Play Store. Proceeds from the jersey auction will benefit the OKC Dodgers Baseball Foundation.

Special festivities throughout the game will culminate with postgame fireworks presented by SpringHill Suites.

“We are proud to honor the sacrifices and commitments made by our local service members and their families and show how appreciative the Oklahoma City community is for their service,” OKC Dodgers President/General Manager Michael Byrnes said. “We look forward to celebrating them with this special evening Friday.”

Area service members are scheduled to participate in several pregame events, including the presentation of colors with a large flag in the outfield, the singing of the national anthem and a ceremonial first pitch. The VFW, American Legion, Army and Marines will have information about their organizations available throughout the concourse.

The OKC Dodgers continue their homestand and open a six-game series tonight against the Albuquerque Isotopes at 7:05 p.m. before Friday’s Military Celebration Night at Chickasaw Bricktown Ballpark.

Saturday’s 7:05 p.m. game is the third and final OKC 89ers Night of the season, presented by Courtyard Marriott. The Dodgers will take the field as the Oklahoma City 89ers in a nod to the franchise’s history.

Kids can run the bases following Sunday’s 2:05 p.m. game and Monday’s game will have a special 12:05 p.m. first pitch on Labor Day. The series then wraps up with a 7:05 p.m. game on a $2 Tuesday, featuring $2 select beer, soda and bottled water from a line of Budweiser and Pepsi products. COOP Ale Works draft beer will also be available at a special rate of $3.

Tickets are available by visiting okcdodgers.com/tickets. For additional information, please call the Dodgers front office at (405) 218-2182.