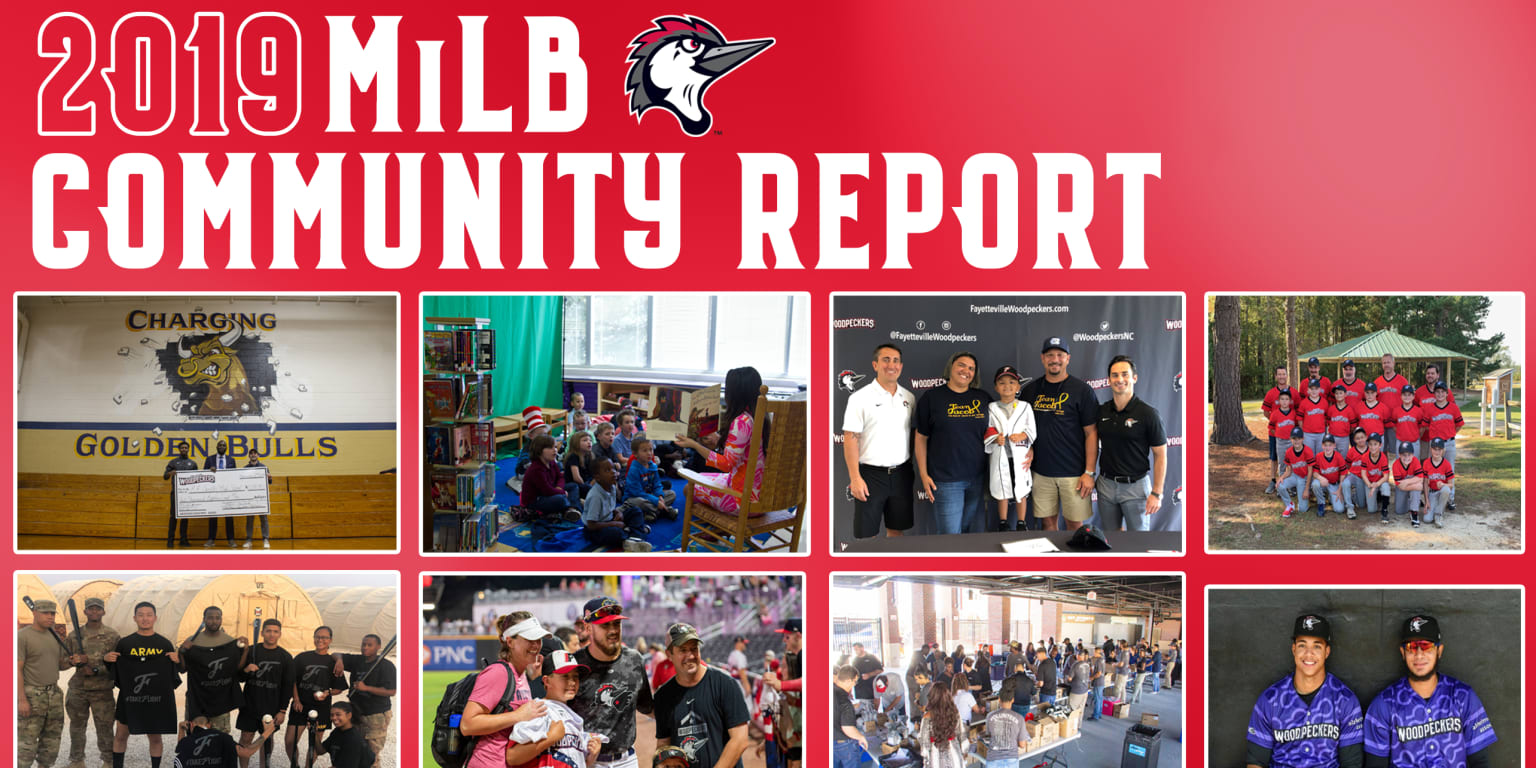 The core program of this initiative, The Community Leaders Program, emphasizes a focus on youth sports and military causes. With the volunteerism and funds contributed by the Woodpeckers’ 2019 Community Leaders Corporate Partners (Segra, AEVEX, ASUS, Walsingham Group, Inc., and CarolinasDentist), we were able to accomplish the following projects below in 2019.

Other 2019 Charitable Initiatives:
Paint the Park Purple, Alzheimer’s Awareness Night – On Saturday, July 27th, 2019, the Woodpeckers partnered with McKee Homes to host Alzheimer’s Awareness Night at Segra Stadium. The team wore custom purple jerseys that were auctioned off in-game, raising over $8,000 for the Alzheimer’s Association of Eastern North Carolina. The first 2,000 fans through the gates that night receieved custom purple Woodpeckers shirts to wear during the game, while awareness/educational videos played throughout the evening.
Fayetteville Woodpeckers Fund Jersey Auctions – The Woodpeckers held two other impactful jersey auctions that benefited the club’s charity in 2019. The first was a Patriotic jersey for our Independence Day Celebration game on July 3rd and the second was our end-of-season Inaugural home jersey set. These funds were used to help with the above Fayetteville Woodpeckers Fund initiatives.
Falcon Children’s Home Christmas Initiative – The Woodpeckers purchased 120 toys for children (infant to 19 years old) to open during the annual Falcon Children’s Home Christmas Party in December.
Childhood Cancer Awareness, Hailey Keller’s Home Run for Life & Jacob Moore’s Woodpecker for a Day – The Woodpeckers were honored to have Hailey and Jacob be a part of our Inaugural season. Hailey celebrated her five year anniversary of being cancer free by hitting a “home run” and running the bases during one of our inning breaks to a standing ovation. Jacob signed a one-day contract and enjoyed a full day of team training and fun as an honorary Woodpecker. Jacob has defied the odds and continues to fight while living with terminal neuroblastoma.

In addition to the above, the club fulfilled over 200 in-kind donations to organizations throughout Fayetteville and the surrounding communities. Our favorite red-cockaded woodpecker Bunker also made over 100 appearances throughout the region, putting a smile on the face of children and keeping our fans in good spirits!