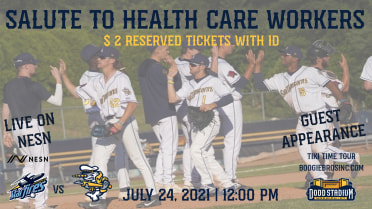 (Norwich, CT) – The Norwich Sea Unicorns are hosting “Salute to Health Care Workers” Saturday, July 24 at 12 pm when they take on the Westfield Starfires in a game that will air live on NESN. Tickets for all health care workers and their families are $2 with a valid health care employee ID.

“We are happy to recognize the health care workers in our community who give so much of themselves every day, but especially throughout the pandemic when they have helped lead all of us through such a difficult period,” said Dave Schermerhorn, General Manager of the Norwich Sea Unicorns. “Health care professionals work tirelessly and selflessly every day, so we hope these heroes of our community can enjoy a well-deserved day at the ballpark where we can recognize them and show our appreciation for all they do for so many.”

The game will air live on NESN at the special noon start time. The broadcast is part of the four-game “Future’s Saturdays on NESN” television slate in which all eight FCBL teams are featured throughout the month of July.

“Being able to broadcast this game on NESN allows us to extend our message of gratitude and appreciation to health care workers throughout New England,” said Schermerhorn. “It also is a great opportunity for us to showcase Norwich Sea Unicorns Baseball and the unique gameday atmosphere at Dodd Stadium to baseball fans throughout all six New England states.” 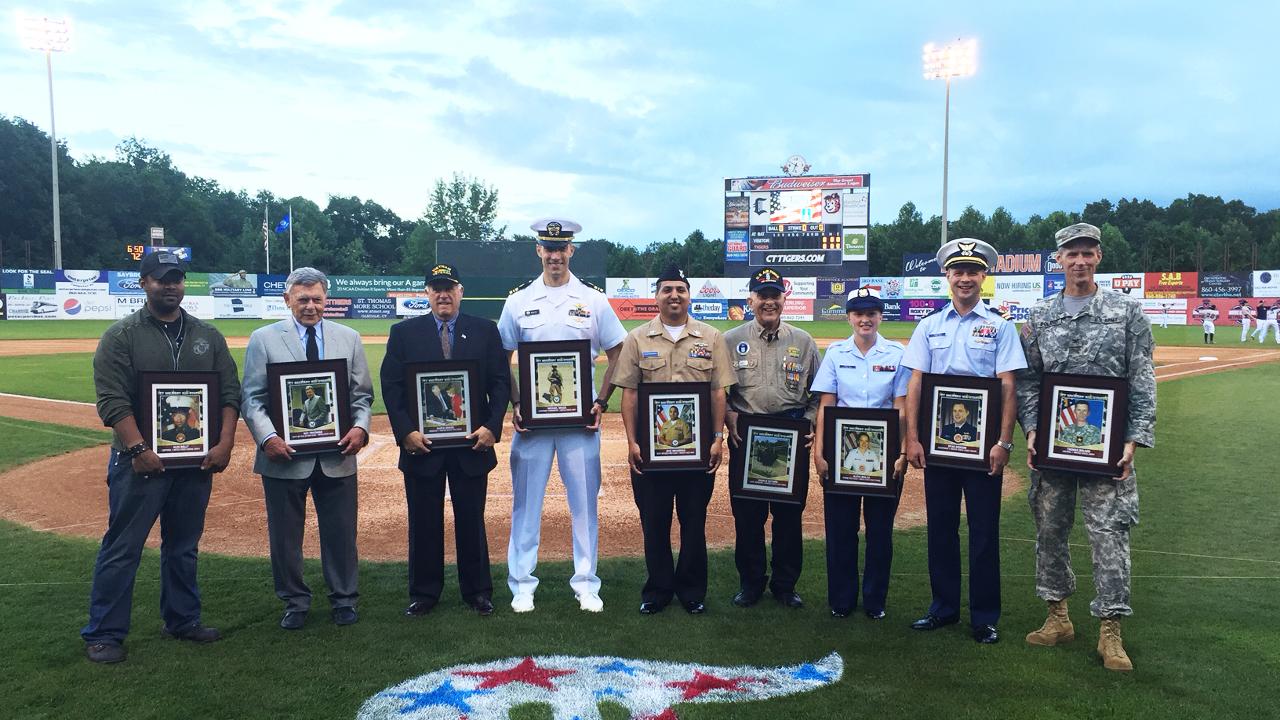 NORWICH, CT – The Norwich Sea Unicorns, Class-A affiliate of the Detroit Tigers, and the Better Business Bureau Serving Connecticut are proud to announce that the nomination process for the 2020 CT Military All-Stars promotion is now open and will run through July 10th! The seventh annual promotion will honor nine current or former military personnel prior to Military Appreciation Night at Dodd Stadium on Friday, August 14th.

2020 will be the eighth consecutive season that the annual Military Appreciation Night will be presented by the Better Business Bureau Military Line which provides free services, consumer education and other resources for military families, to assist them during and after deployment. The nine honorees will be selected from the pool of nominations by a panel of community judges and will be honored on the field prior to the game. In addition, the first 1,000 fans through the gates on August 14th will receive a baseball card set featuring these heroes.

Nominations representing all branches of the military are welcome. The submission form can be found online by visiting goseaunicorns.com/military. Fans can also pick up a nomination form and submit their nomination in person at Dodd Stadium at the Dime Bank Information Booth during Tigers games or in the front office during regular business hours through July 10th.

In addition to the CT Military All-Stars ceremonies, the Sea Unicorns will be wearing specially designed and military themed jerseys during the game on August 14th. The jerseys will be auctioned off during the game. The proceeds will go towards a scholarship for a military family through the BBB Military Line.

The Norwich Sea Unicorns are the New York-Penn League affiliate of the Detroit Tigers at Dodd Stadium in Norwich, Connecticut. 2020 season memberships for “The Captains Club”, mini plans, and team merchandise are now on sale! The 2020 season at Dodd Stadium kicks off on Sunday, June 21st at 7:05 pm with fireworks after the game. The front office and box office are open daily from 9 am to 5 pm Monday through Friday and can be accessed in person or by calling 860-887-7962.