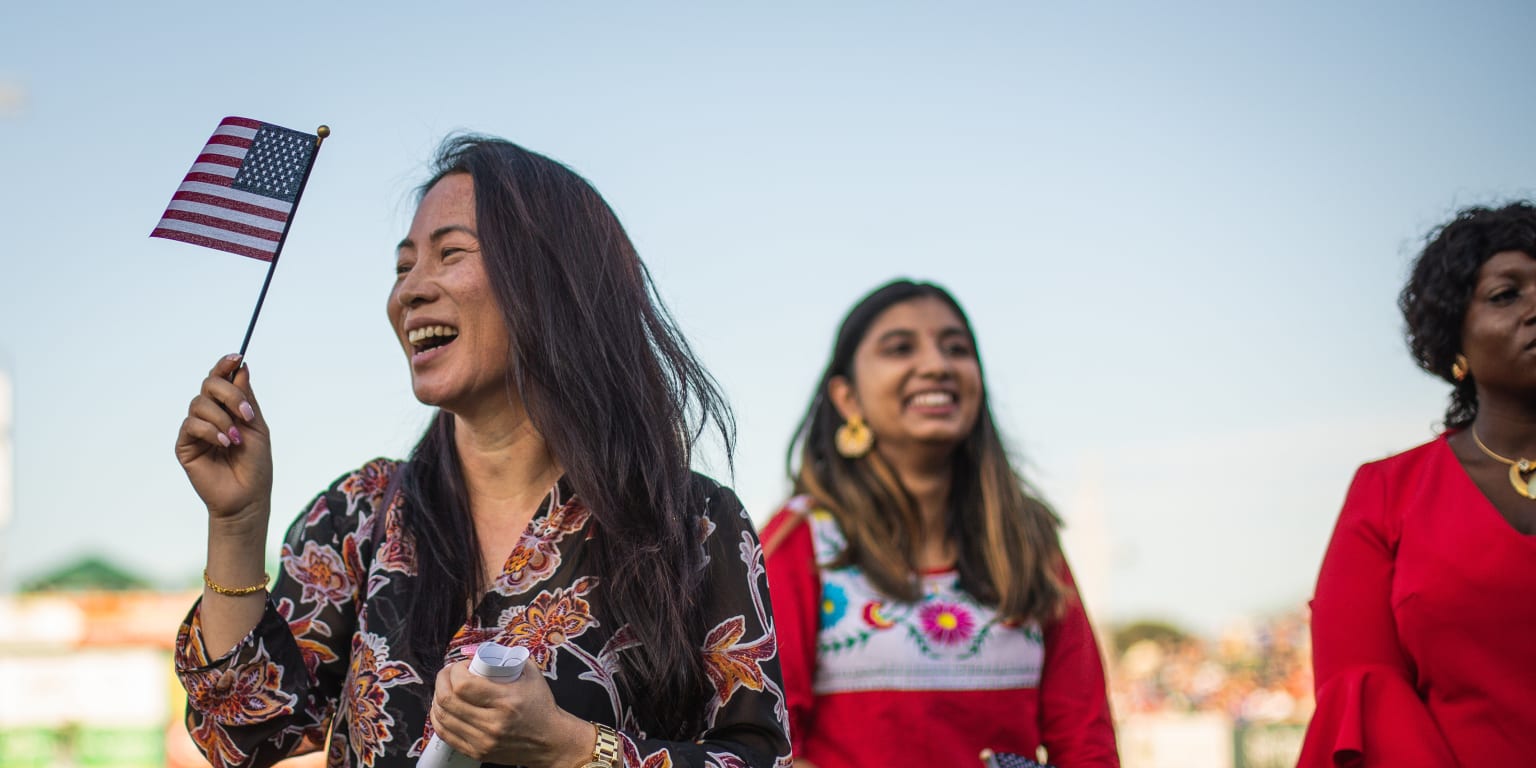 The ceremony for 75 candidates — representing 32 different countries — will begin at 11 a.m.

The public is invited to attend the free event — which replaces the traditional July 4 pre-game ceremony as the Iowa Cubs 2020 season was canceled. Per the City of Des Moines guidelines, masks will be required for attendees.The Iowa Cubs first hosted a citizenship ceremony in 2009. It is now an annual event, with 327 new citizens welcomed during the first 11 years. [Earlier this summer, Principal Park hosted an informal Citizenship Week, June 22-26, when 487 new citizens were naturalized in a drive-thru process outside the stadium.] 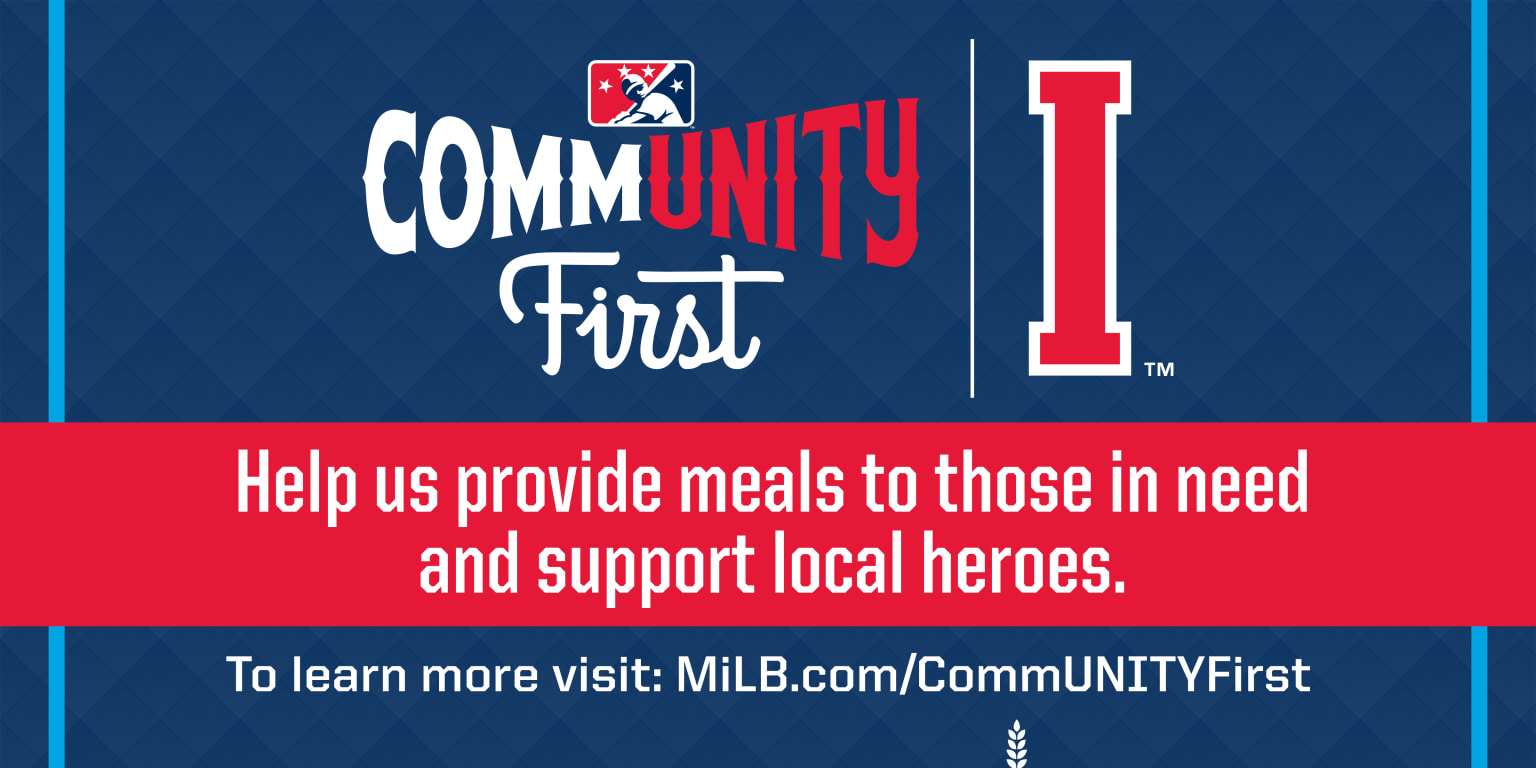 DES MOINES, IA — The Iowa Cubs today announced they are joining MiLB CommUNITY First, a new national initiative developed by Minor League Baseball™ (MiLB™) in conjunction with Feeding America®, to raise funds for local food banks and to honor individuals risking their lives on the front lines of the COVID-19 pandemic.

I-Cubs fans are encouraged to visit MiLB.com/CommUNITYFirst through May 31 to donate. Once on the site, fans can choose their donation amount and the Iowa Cubs as the recipient of their donation to direct funds to the Des Moines community. For every $10 donated, the I-Cubs will donate one ticket to a future home game this season or in 2021 to a local hero of the pandemic.

“Through these unprecedented times, we want to give back to the community that has supported us for over 50 years,” said Iowa Cubs President and General Manager, Sam Bernabe. “This program is a way to make an immediate impact at our local food banks, while also saying ‘thank you’ to those on the front lines.”

In response, contributions from I-Cubs fans and Minor League Baseball will help ensure families and individuals across the country most impacted by the pandemic are fed and cared for during these uncertain times. Join the national campaign by donating and selecting Iowa Cubs at MiLB.com/CommUNITYFirst and use #MiLBCommUNITYFirst on social media to show your support.

Auditions will be held at Principal Park on April 4

The Iowa Cubs are now accepting auditions to perform the National Anthem before a home game in 2020. Live auditions will be held at Principal Park on April 4 from 2:30-4:40 p.m. Participant entrance and registration will be at Gate C.

For the first time, applicants can also submit video files for consideration in lieu of a live audition. Applicants wishing to virtually apply must email Beth at [email protected] with a completed application (download here) and a downloadable video file, or a video link such at YouTube, Google Drive or DropBox. Audio files, tapes, or CDs will not be accepted.

Individual and group vocalists, as well as instrumentalists, are invited to audition. All vocal auditions must be performed a cappella (no musical accompaniment). Performances of the National Anthem are not to exceed two minutes.

The last day to submit 2020 National Anthem auditions is Saturday, April 4. A member of the Iowa Cubs staff will reach out to those who have been selected.

Kids will have an opportunity to play with their big-league heroes at the Major League Baseball Players Alumni Association Legends for Youth baseball clinic series on Wednesday, June 18, at Principal Park. The free clinic features former major-league baseball players who will teach baseball skills, drills and life lessons for kids ages 6-16.

The clinic will take place at Principal Park from 9-11 a.m. Players will train at stations including pitching, catching, base running and life skills. Registration will begin at 8:30 a.m. The morning will conclude with an autograph session for children in attendance.

To register for this clinic, please visit www.baseballalumni.com. Registration is required.

For more information regarding the clinic, please contact Nikki Warner, Director of Communications, at (719) 477-1870, ext. 105 or visit www.baseballalumni.com.

About The Major League Baseball Players Alumni Association (MLBPAA)
MLBPAA was founded in 1982 with the mission of promoting baseball, raising money for charity and protecting the dignity of the game through its Alumni players. The MLBPAA is headquartered in Colorado Springs, CO with a membership of more than 6,900, of which approximately 5,300 are Alumni and active players. Alumni players find the MLBPAA to be a vital tool to become involved in charity and community philanthropy. Follow @MLBPAA for Twitter updates.

In a special ceremony prior to tonight’s Iowa Cubs game at Principal Park, representatives from Chicken of the Sea made a $10,000 donation to the Downtown Kiwanis Miracle League. The donation will allow 50 kids to play the entire season with the Miracle League this summer in downtown Des Moines.

de Tour.” In celebration of their 100th anniversary, Chicken of the Sea is touring the country to give back to local organizations and individuals who are doing great work in their communities. Chicken of the Sea will donate $1,000,000 by the end of their tour. Chicken of the Sea Vice President of Marketing Christie Fleming addressed the crowd and made the official presentation to several of the board members, parents, and players from the Miracle League on hand at Principal Park tonight. Fleming is a native of Oskaloosa, Iowa and a graduate of the University of Northern Iowa. She was joined on the field by Catalina, the mermaid mascot for Chicken of the Sea.

To find out more about the “Great American Gratitude Tour” and the organizations that have benefitted from these donations, visit chickenofthesea.com/100. For fans that received a gold coin at the game tonight, that’s also the place to enter your code to see if your coin is worth $10,000 or another prize from Chicken of the Sea.