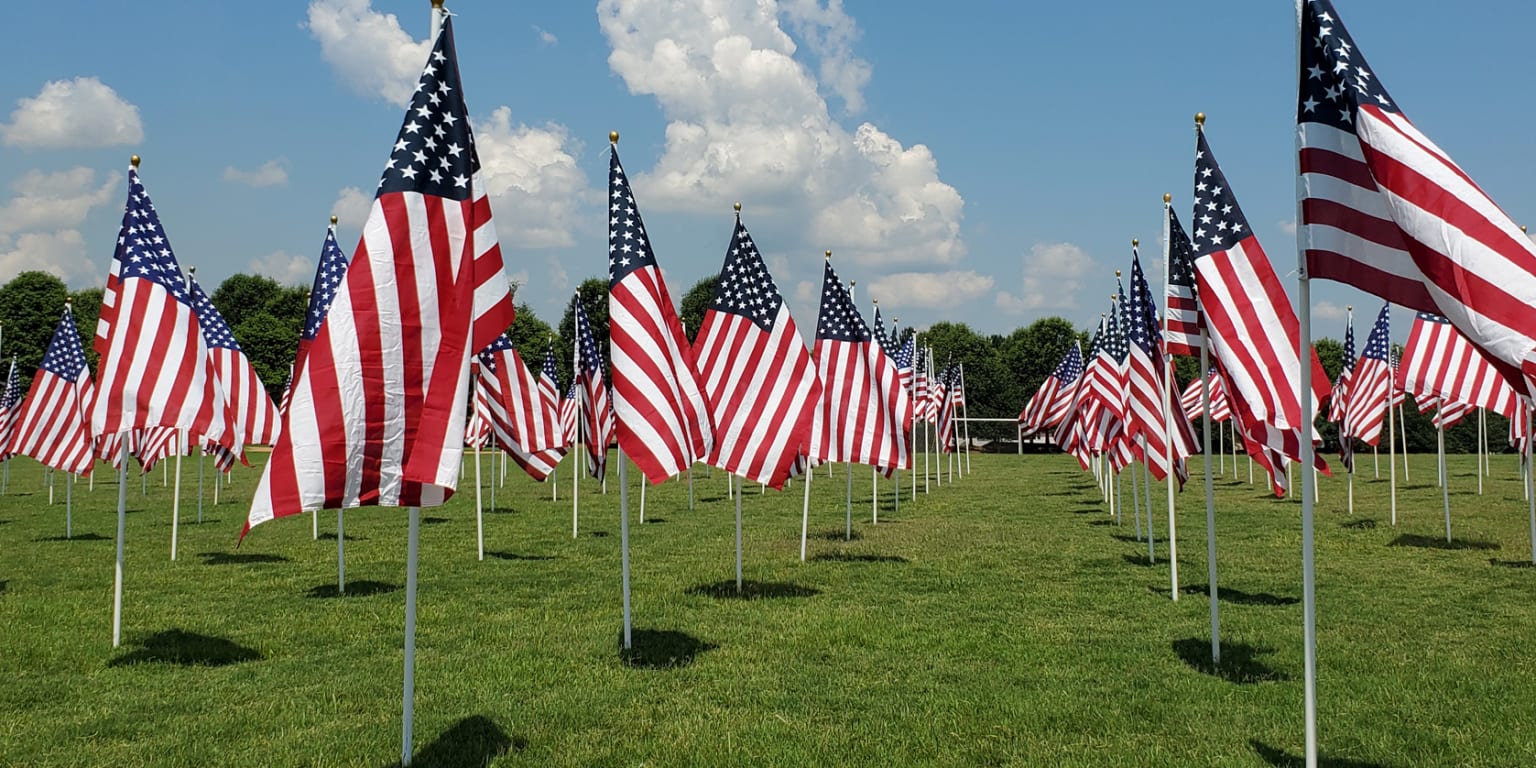 (KANNAPOLIS, NC) – In a tribute of those whose actions made them heroes in our lives, the Kannapolis Cannon Ballers bring their inaugural Field of Honor® display to Atrium Health Ballpark.

It is appropriate to honor our heroes with a display of the flag that they honored through their service and sacrifice. The Field of Honor® display of United States flags bring volunteers, residents, and visitors together as hundreds of flags are posted. This inspiring and memorable panorama of red, white, and blue is hard to describe, but once experienced it is not to be forgotten.

Each 3-foot by 5-foot flag comes with its own story and displays a tag identifying both the flag honoree and the person who sponsored the flag. Flags may be purchased to honor the memory of a veteran or current service member from any branch of service. The purchaser will be permitted to take home the flag following the conclusion of the event. This living display of heroism flies as a patriotic tribute to the strength and unity of Americans, and honors all those who are serving, have served, and have made the supreme sacrifice for our nation’s security and freedom.

The Field of Honor® will fly starting November 2nd thru November 11th. The Cannon Ballers will host an Opening Ceremony for the placing of the first flag on November 2nd at 12:00pm at Gate #1 (West Ave). The field will then be open to the public 24 hours a day for viewing and observation. Each evening, “Taps” will be played at sunset. A Closing Ceremony will be held on November 11th at 11:00AM inside of Atrium Health Ballpark with guest speakers, musical tributes, and the reading of the names of the veterans honored on the field. All ceremonies pending social distancing standards and the mandates from the Office of the Governor.

Flags are available for purchase for $40 at the Cannon Baller team store or online at www.kcballers.com. Cash, check, or credit/debit card are available.

For more information on the Field of Honor®, visit www.kcballers.com or call 704-932-3267. Those interested in sponsorship opportunities are encouraged to contact Ryan Pegarsch at 704-935-1529 or [email protected].

What is Field of Honor®?
The Field of Honor® program is part of a national movement that started out as a way to commemorate the lives lost on September 11, 2001 and was founded by the Colonial Flag Foundation.

In just a short amount of time, the concept has grown and communities like ours across America are turning to Field of Honor® tributes to raise money and awareness for a growing array of causes. The Field of Honor® is a community project of remembrance, and an expression of humanity and patriotism. 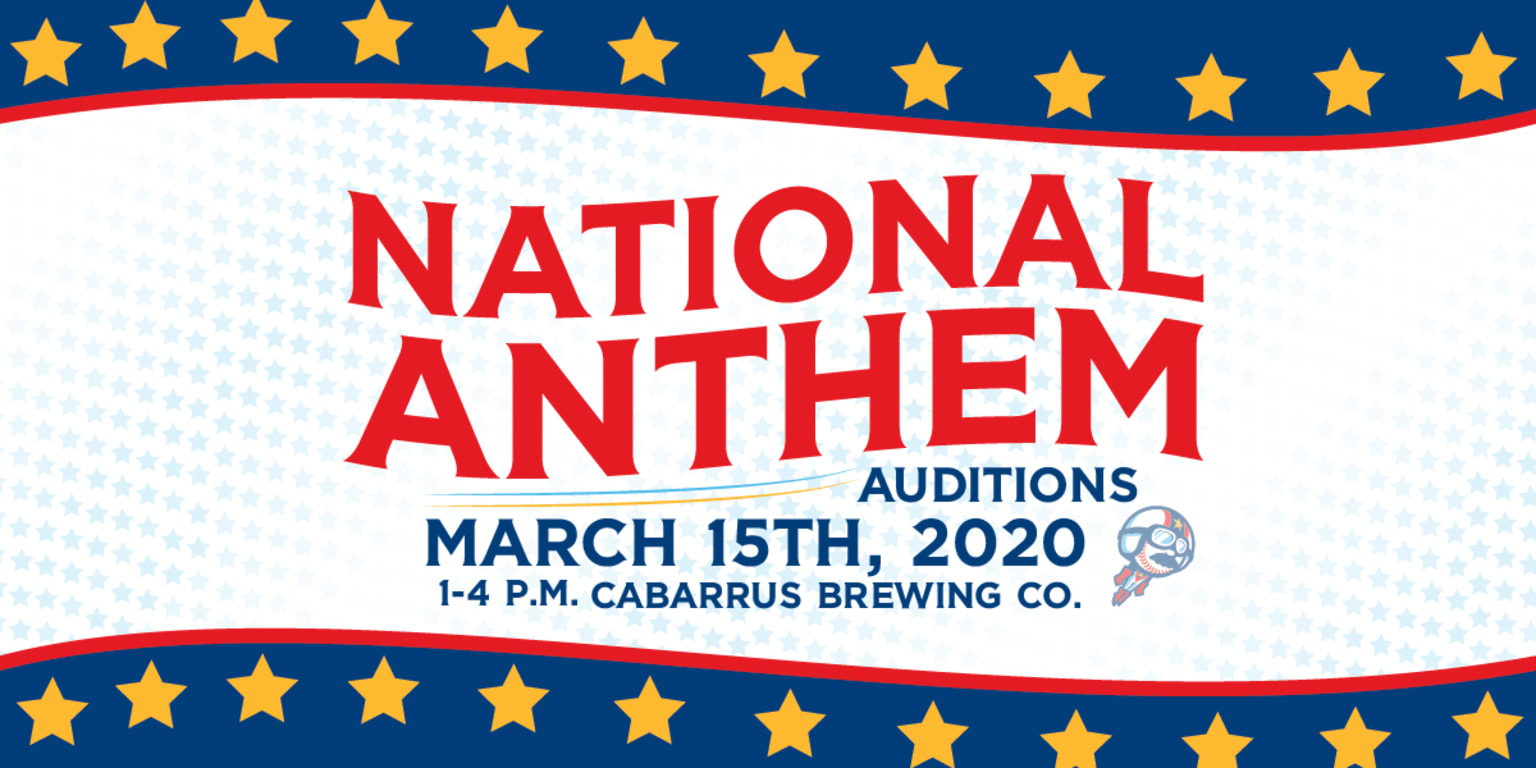 (KANNAPOLIS, N.C.) – The Kannapolis Cannon Ballers will be searching for the best National Anthem performers that the surrounding counties have to offer on Sunday, March 15th at Cabarrus Brewing Company for their inaugural season at Atrium Health Ballpark. This free event, hosted by one of Cabarrus County’s top breweries, will take place from 1:00 p.m. to 4:00 p.m., and performers of all ages are welcome (performers under the age of 18 must be accompanied by an adult).

To secure an opportunity to audition on March 15th, interested performers must pre-register at kcballers.com before the day of the event. Each individual will be given no more than two minutes to sing the National Anthem acapella. Performers with instruments are more than welcome to audition but will need to bring their own equipment and a supply of power will not be available.

The Cannon Ballers open the gates to Atrium Health Ballpark for the inaugural 2020 season on Thursday, April 16th against the West Virginia Power. Season tickets and group hospitality areas are on sale now. For more information on how to be a part of this historic season, please visit www.kcballers.com or contact the Cannon Ballers Ticket Office by phone at 704-932-3267.
###